Finally! The People’s Redhead has returned to The Weigh-In!

Las Vegas was host to UFC 235, where the main event was Jones versus Smith. Jones cruised to unanimous decision victory. The only thing of note in this fight aside from the ease with which Jones had defending his title against Smith was the illegal knee Jones landed in Round Four. Jones is no stranger to illegal knees but luckily this one did not cost him his belt.

Many wonder what is next for Jon Jones? Daniel Cormier did not retire but he is likely in for one more major fight, and it will most likely not be against Jon Jones. Rumors are swirling out of the UFC that Cormier will square off against Brock Lesner. As much I think we all would watch Cormier vs. Jones III, there is just no place for it. We know what this looks like and it is not pretty for Cormier who is going to retire as a hall of famer and a role model. However, if this fight were to take place at heavyweight instead of light heavyweight, it may regain the interest of the staff at The Weigh-In.

I asked Matt Ward his thoughts on Cormier vs. Jones III. He replied with “Go Fuck Yourself!”
Our own Luis Cortes was not available for comment, but his voicemail has the voice of an angel on it.

I think Jones has a few options, which would be to clean out the heavyweight division or line up a super fight against Francis Ngannou. Ngannou recaptured the attention of everyone with his recent knockout of Cain Velasquez. This is a fight I want to see, but am not sure it will happen. Jones may not have interest and Ngannou may not be ready for the talent level of Jones.

Kamaru Usman was victorious over Tyron Woodley. This fight came as a surprise to many. Woodley has fought everyone and has looked invincible as of late. However, Usman came in with an aggressive game plan and beat Woodley at his own game, the ground game that is. Usman controlled the majority of the fight from the clinch. Usman went on to win by unanimous decision.

Woodley immediately asked for a rematch. The running fights back bit has become challenging. I cannot argue that Woodley certainly deserves a chance to redeem himself. However, there is a big difference in a premature stoppage like what happened to T.J. Dillashaw recently, and getting dominated over five rounds. Due to this, it is likely Usman goes on to fight Colby Covington who has not shied away from calling out Usman. Woodley’s shot at the title will probably require him to fight his way back into contention, but he certainly was a fantastic champion and remains an excellent fighter.

After years of anticipation, we see the arrival of Ben Askren to the UFC. Askren did not disappoint the fans either. Askren submitted Robbie Lawler in the first round by way of choke. This submission is filled with controversy. Veteran official, Herb Dean called a stoppage to the fight, and controversy immediately arose regarding whether or not Lawler was out. After watching the tape, the answer is he may have been out, but it is very difficult to see. Footage looks like Lawler’s arm flails as if he is out, but it is quite questionable.

Dean was heavily criticized for the stoppage, but we at The Weigh-In stand behind him. Lawler is another fighter who wanted an immediate rematch and Askren is not inclined to grant Lawler’s request. Askren brought up a great point regarding his controversial win. If he were to rematch Robbie, he would be in the same place statistically that he is in now and he has nothing to gain from a rematch with Lawler. I could not agree more with Askren’s take.

Worthy of note, Lawler looked great. In fact, Lawler looked like the animal we are used to seeing in the octagon. He looked like Lawler of old. I'm thinking time off has done Lawler a world of good and I am excited to see his next fight.

Garbrandt cannot seem to recover after losing twice to Dillashaw. This marks Garbrandt’s third loss in a row. I for one hope he rights the ship, as he is one of the most exciting fighters in the division to watch.

Sanchez has been doing this for years. Do not sleep on this man, he is still dangerous and continues to evolve with the sport. 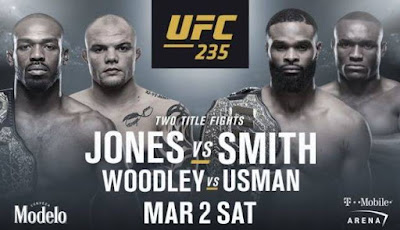