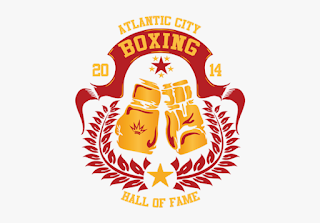 WWE Summerslam emanated this evening (yes, on a Saturday)  from a sold out Allegiant Stadium in Las Vegas, Nevada. Not only was the event moved to a Saturday, but also to the same night where Sin City would play host to the huge Manny Pacquiao and Yordenis Ugas showdown. Prior to the event, reports circulated that WWE was actually told to keep their event within three hours so that it would not coincide with the huge title fight, however, that didn’t even come close to happening as the show eclipsed four hours. The card this evening featured ten matches while it boasted seven title bouts in the mix and featured Roman Reigns defending his Universal Championship against a returning John Cena who was in search of his record 17th world title.

Following weeks of failing to see eye to eye between Riddle and Orton, The Original Bro came to his rescue recently on RAW as his singles match with Omos quickly escalated into a handicap encounter hence earning The Viper‘s respect in the process. The reformation of this team proved to pay dividends for them this evening as this rather abrupt match ended with an RKO delivered to Styles to secure the pinfall victory and crown new champions.

Since her uninspiring return to WWE, Eva Marie has found herself in the crosshairs of Alexa Bliss who has continued her Fiend-like role despite the recent departure of Bray Wyatt. Sadly, Alexa Bliss’ talents were not able to be utilized to their full extent in this bout with her given opposition. This was yet another match that arrived at a rapid conclusion as Bliss executed a strike to the jaw of Eva Marie to set up the pinfall.

Sheamus recently returned to action following a broken nose with a face mask in tow and immediately entered into a program with Damian Priest. This created a huge opportunity for the man once know as Punishment Martinez in his ROH days as he competed for his first title since becoming a member of RAW. What had the promise to be a sleeper match on the card quickly lost it’s momentum as Priest vaulted himself to the ring floor and landed badly on his hip. The bout finally picked up some momentum late as Priest withstood a Brogue Kick and the figure four leglock to deliver The Reckoning allowing him to solidify the victory and crown himself the new United States Champion.

After dropping the title to The Usos at Money In The Bank, The Mysterios earned another opportunity to regain them this evening. The Mysterios came up a little short this evening in their bid for a second tag team title reign as The Usos did their part to keep the bloodline intact prior to their cousin, Roman Reigns, title defense later in the evening.

Bianca Belair was poised to defend her title in a Wrestlemania rematch with Sasha Banks, however, ring announcer Greg Hamilton stated that Banks was unable to compete and would be replaced by Carmella. After Carmella made her way to the ring, Belair proceeded to take the mic and belittled Carmella only to be interrupted by the return of “The Man” Becky Lynch! Becky Lynch quickly disposed of Carmella and challenged Belair for the title. Belair accepted the challenge and will be wondering what hit her until Friday Night Smackdown. Following the opening bell, Lynch extended her hand to Belair. Belair reciprocated only to be blindsided with a forearm to the face followed by The Manhandle Slam. The Man quickly pinned Belair to become the new Smackdown Women’s Champion after a year and a half off for maternity leave.

The rivalry between the former Three Man Band cohorts (yes, I went there) that erupted at Money In The Bank last month when Mahal, along with Shanky and Veer, cost McIntyre an opportunity at retrieving the briefcase. In a relative squash match, McIntyre made quick work of Mahal with a series of belly-to-belly suplexes followed by the Claymore Kick.

After Charlotte defeated Ripley to regain her title at Money In The Bank last month, she promptly dropped it the following night on RAW to Nikki A.S.H. who cashed in her Money In The Bank briefcase. With Flair and Ripley both laying claims to the title, we arrived at our triple threat encounter tonight. Charlotte again put her wrestling acumen on display as she overcame the odds to earn her 12th championship. With Ripley disposed of on the ring floor, Nikki and Flair found themselves alone in the ring. Nikki attempted a splash from the top rope only to have Flair side step her and quickly cinch in the Figure Eight to regain her title.

Edge was out for revenge this evening following Rollins’ actions at Money In The Bank which cost him his match for the Universal Championship with Roman Reigns. Rollins awakened a beast within Edge after he referred to him as Edge-light which lead the Rated R Superstar to dive back into a dark place. Edge jumped into the time machine for his entrance this evening as he delved into the archive for the old Brood entrance theme and was raised through a flaming platform - all that was missing was Gangrel spitting “blood” into the air from a chalice. Rollins controlled much of the action in the early going until Edge began to turn the tables late. Edge executed a brutal spear after the prior one was thwarted with a reversal in the form of a Pedigree. Edge then blocked a curb stomp attempt and proceeded to smash Rollins head into the canvas several times before cinching in a move resembling the combination of a sleeper and a crossface to earn the submission victory.

Winner: Bobby Lashley via no contest

Goldberg made his triumphant return to RAW the night after Money In The Bank to pose a challenge to WWE Champion, Bobby Lashley. Following Lashley’s acceptance the following week, things then became personal as MVP began to target Goldberg’s family - specifically his son at ringside. That brings us to our showdown tonight as the 54-year old Goldberg attempted to reclaim championship gold once again. Just minutes into the match MVP struck Goldberg in the knee with his cane as the referee was distracted which proved to be the deciding factor. Lashley proceeded to target the knee until the referee was forced to put an end to the match with Goldberg’s inability to put weight on his leg. After the bell was called for, Lashley attacked Goldberg with a steel chair until his son jumped the champion only to be the recipient of The Hurt Lock.

This match came to fruition after John Cena confronted Roman Reigns in the ring following his victory at Money In The Bank and called out the Tribal Chief in search of his 17th world championship. Roman Reigns withstood multiple Attitude Adjustments, including one through the announce table, to finally put away Cena with a devastating spear to retain his title. As Reigns celebrated in the ring, he was interrupted by the unmistakable entrance music of Brock Lesnar! The capacity crowd unleashed a deafening roar as Brock made his way to the ring and stood toe to toe with The Tribal Chief. Paul Heyman appeared to soil himself as he implored Reigns to leave without conflict to which he obliged as the show came to a close. 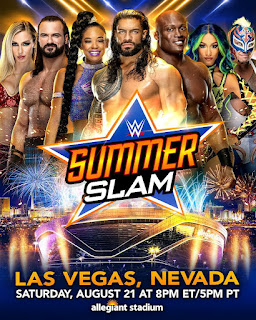