WWE returned to Boston’s TD Garden this evening for the latest installment of Survivor Series. This year a new spin was implemented as the Thanksgiving tradition would be fused with War Games, a throwback to WCW’s annual Fall Brawl that had most recently been revived on the NXT brand. Since Triple H has taken the reigns following Vince McMahon’s retirement, the programming has become noticeably more entertaining and several previously released talents have been brought back into the fold including: Bray Wyatt, Karrion Kross, Dexter Lumis, Luke Gallows, Karl Anderson, and Braun Strowman. This evening’s card featured five matches with two titles defended and was headlined by not one, but TWO, War Games ,matches. For those of you unfamiliar with a War Games match, two rings are encompassed by a massive steel cage as two teams are added to the match with participants alternating in entry. Once all combatants are in the cage, the match technically begins and a team is declared the winner by pinfall or submission.

The opening contest on the card pit RAW Women’s Champion Bianca Belair’s team against Bayley’s team composed of her Damage Ctrl faction, Cross, and Ripley. Dakota Kai and Bianca Belair opened the match and from that point on a new woman entered the fray every three minutes with Team Bayley holding the advantage.

Following Becky Lynch’s entry into the cage, the match finally officially commenced and a winner would be determined by the first pinfall or submission. The closing moments of the match saw Io Sky and Dakota Kai positioned on a table in the corner of the ring. Becky Lynch then proceeded to scale the cage and delivered a leg drop to both women that decimated the table. Lynch proceeded to pin Kai to seal the victory for her team.

This match pit two men with an extensive history dating back to New Japan Pro Wrestling as each man was a leader of the Bullet Club in their respective tenures. This bout legitimately came down to Styles and Balor only as The OC and Judgement Day proved to be non-factors after they brawled out of the arena. Styles and Balor were visibly battered from their vicious encounter and in the end, Styles delivered a Phenomenal Forearm to help him earn the pinfall.

Ronda Rousey’s latest contender came in the form of Shotzi tonight after she recently prevailed in a Six-Pack Challenge on Smackdown. Following a relatively sloppy match, Ronda finally overwhelmed Shotzi first with a Judo throw from the top turnbuckle, then the Piper’s Pit, and finally earned the submission victory with an armbar.

Seth Rollins found himself in the crosshairs of both Bobby Lashley and Austin Theory. Lashley after he defeated him for the US Championship and Austin Theory after he became frustrated with his attempts at cashing in the Money In The Bank briefcase being repeatedly thwarted (before finally failing) and turned his attention to another champion. The end of the match saw Seth Rollins superplex Theory and then hold on and hoist him up for the Falcon Arrow. Before Rollins could execute the move, Lashley speared him and Rollins then collapsed with Theory on top of him long enough for a three count by dumb luck.

Winners: The Bloodline via pinfall

Roman Reigns still found himself in tonight’s main event, however, it was as a part of War Games rather than in defense of his title - which unless he makes a defense on WWE weekly programming means his next defense could theoretically be at the Royal Rumble on January 28. The first two participants in the main event were Butch and Jey Uso who battled for five minutes before Ridge Holland entered the ominous cage from which point a new participant would enter every three minutes until all ten men made their way into the chaos.

After Roman Reigns, the final participant to enter the match, made his into the cage, the bell rang officially marking the start of the bout. In the closing moments, Sami Zayn affirmed his allegiance to the Bloodline as he first delivered a low blow to Kevin Ownes and then put him down again with a Helluva Kick. Zayn then positioned Owens for a splash by Jey Uso that was immediately transitioned into a pinfall that solidified the win for The Bloodline. 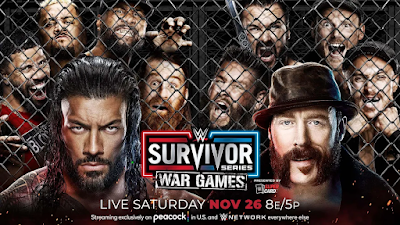 Check out the latest from Matt Ward on We Are The Mighty: 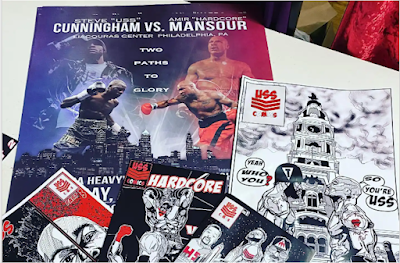