The road to Wrestlemania officially kicked off this evening as the Royal Rumble emanated from a sold out Alamodome in San Antonio, Texas. This evening’s stacked card featured five matches with two titles contested and was headlined by the Men’s and Women’s 30-participant over the top battle royals. While the return of Cody Rhodes has already been confirmed for the match, there has also been the annual air of speculation with what surprises could be in store with one popular theory being the return of The Rock which would potentially set up a showdown at the Showcase of the Immortals with his cousin Roman Reigns - assuming he retains his title in a showdown with Kevin Owens.

Quite to my surprise, this year’s show opened with the Men’s Royal Rumble Match - possibly to set up a face to face with the winner of the Universal Championship Match.

In the closing moments, the commentators believed the final four to be Gunther, Cody, Rollins, and Austin Theory. Theory was the first to go thanks to a clothesline from Cody Rhodes. Next, Logan Paul (thought to be out of the match) returned to eliminate Seth Rollins. Next, Cody hit the Cross Rhodes on Logan and promptly eliminated him. This left the Intercontinental Champion, Gunther, who set the record for longest time in a traditional Royal Rumble match, and the returning Cody Rhodes. In the closing moments, Cody hit the Cross Rhodes on Gunther and then promptly dumped him over the top rope to solidify his victory.

Sadly, this match had only one real surprise in Booker T and the booking was simply lazy by saving the one participant who everyone knew was in the match for #30 - this received a chorus of boos from the WWE Universe when Logan Paul entered at 29 which solidified Cody for 30 removing any air of mystique.

The past several weeks has seen LA Knight (who many better recognize as Eli Drake from his Impact and NWA days) finally receive a significant push, following his abysmal Maximum Male Models program, with Bray Wyatt. Not much was known about the match stipulations heading into this event except that anything goes and the identity of Uncle Howdy could possibly be revealed.

Once the bell rang, the normal lights went out revealing a black light reactive ring so essentially this was a hardcore match in what looked like a ring that would fit in at a glow in the dark mini golf course. In a rather short affair, Wyatt put Knight away with the Sister Abigail.

In a rather uneventful match, Belair put Bliss away with the KOD in rather short order to retain her title. Following the match, an eerie vignette played in the arena displaying Bliss from her time under Bray Wyatt’s “control” seemingly foreshadowing an upcoming turn in character for her.

The final four in the Women’s Royal Rumble came down to Asuka, Nikki Cross, Liv Morgan, and Rhea Ripley. The first to be eliminated was Nikki Cross at the hands of Liv Morgan as she stood on the ring apron attempting to eliminate Asuka. Minutes later, all three women found themselves standing on the apron. Asuka delivered the mist to the face of Liv and Ripley proceeded to kick Asuka’s legs out from under her sending her to the floor. Then a “blinded” Liv was launched from the ring apron as Ripley hung from the top rope and lifted her legs up around Liv’s head to eliminate her and punch her ticket to Wrestlemania.

This match really only seemed to manifest because of the longstanding history between the “Honorary Uce” Sami Zayn and Kevin Owens with Zayn’s loyalty being questioned for months. Tonight, Reigns absolutely steamrolled Owens enroute to yet another successful defense of his title as his historic reign continues.

After the match, the beat down of Owens continued until he found himself handcuffed to the ring ropes. The Usos proceeded to deliver countless super kicks to Owens until Reigns picked up a steel chair and gave it to Zayn to finish the job. A conflicted Zayn proceeded to strike The Tribal Chief instead and received a beat down of his own for his efforts by The Bloodline, with the exception of Jey Uso who had his own conflict of conscience and walked out of the arena. The remainder of the Bloodline proceeded to exit the arena unified as they basked in their victory. 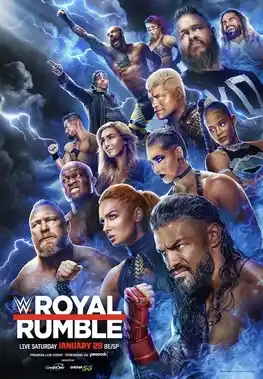 Check out the latest from Luis A. Cortes III on The Sweet Science: 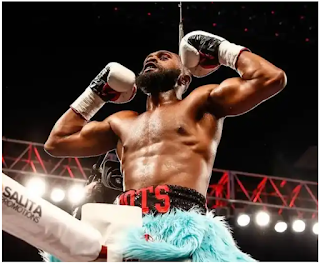