For the September installment of the WWE “Quarantine” Era, Clash of Champions - Gold Rush (apparently adding a tag line to the name of each pay per view is a thing in WWE much like the days of each In Your House having a special subtitle) emanated this evening from the Thunderdome within the Amway Center in Orlando, Florida. I find it interesting how the state of Florida has allowed events to admit masked spectators while operating at 25% capacity yet WWE has not followed suit like AEW and the Jacksonville Jaguars still electing for virtual fans and what I suspect, based on tonight’s audible crowd reactions not exactly syncing with the virtual fans on-screen behavior, to be manufactured fan noise. Nonetheless, this evening’s seven match card only featured title bouts so names such as Seth Rollins, Rey Mysterio, Bray Wyatt, and Braun Strowman were noticeably omitted from the show.

WWE Intercontinental Championship Triple Threat Ladder Match Jeff Hardy (c) vs. A.J. Styles vs. Sami Zayn Winner: Sami Zayn In the midst of Jeff Hardy and A.J. Styles’ recent feud over the Intercontinental Title, Sami Zayn made his return from injury recently with the title he never lost in tow. With Zayn declaring himself the true champion since he vacated the title due to injury and Styles being the next in line for an opportunity, what better way to settle the score and declare an undisputed champion than in a triple threat ladder match? The most awe inspiring moment of the match came late as a ladder was suspended between the ring apron and announce table with another towering ladder standing beside it. With Sami Zayn laid out on one ladder, Hardy scaled the other and executed a picture perfect Swanton Bomb from the top that broke Zayn in half and obliterated the ladder. In the closing moments, Zayn procured two sets of handcuffs from his jacket. First, he handcuffed Jeff Hardy to a ladder on the floor at ringside, not by his hand, but by the gauge in his ear - let that sink in a moment. Zayn then took the other set and first handcuffed himself to Styles. Styles decided to scale the ladder with a beaten Zayn on his back in a fireman’s carry. Halfway up the ladder, Zayn pulled a key from his mouth, unhooked himself from Styles, and attached the Phenomenal One to a lower rung on the ladder. This allowed Sami to ascend to the top of the ladder and retrieve both belts suspended above the ring crowning a new champion in what was sadly a rather pedestrian match for the most part.

RAW Women’s Championship Asuka (c) vs. Zelina Vega Winner: Asuka via submission Quite frankly this match materialized out of nowhere. Asuka had been begging for more competition for several weeks and following a successful defense of her title against Mickie James on RAW a few weeks back, Vega came out of nowhere to challenge the Empress of Tomorrow two weeks ago. In the closing moments of the bout, Asuka cinched in the Asuka Lock to retain her title.

WWE United States Championship Bobby Lashley (c) w/ MVP & Shelton Benjamin vs. Apollo Crews w/ Ricochet Winner: Bobby Lashley via submission This bout marked the latest installment in the ongoing feud between Apollo Crews and The Hurt Business. Aside from losing his title recently to Lashley, things became even more personal as Apollo’s cohort Cedric Alexander betrayed him and subsequently joined MVP’s ranks in The Hurt Business. Bobby Lashley was able to withstand an impressive frog splash from Crews as he solidified the defense of his title by locking in The Hurt Lock, his version of a full nelson, for the tap-out. RAW Tag Team Championship The Street Profits (Montez Ford & Angelo Dawkins) (c) vs. Andrade & Angel Garza Winners: The Street Profits via pinfall In a rivalry that’s been ongoing since before Wrestlemania, Andrade and Garza challenged for the RAW Tag Team Championship…again all while claiming things would be different this time since parting ways with Zelina Vega. It was also entertaining to hear the commentators allude to the fact that the Street Profits were tired of facing this team considering the fact that WWE has dismantled their tag team division this year with the releases of The Revival, Gallows & Anderson, Hawkins & Ryder, and The Authors of Pain (AOP). That coupled with a serious injury to half of the Viking Raiders and the division is now in shambles. In the closing moments of a rather uneventful contest, Dawkins executed his version of D’Lo Brown’s Sky High on Andrade and proceeded to pin him. Andrade kicked out after two, however, the referee blew the count and struck the canvas a third time for the pinfall - whether this was a legitimate error or work should become clear tomorrow night on RAW.

Bayley made her way out to the ring and announced that Nikki Cross was unable to compete and therefore forfeited her title opportunity. After proclaiming a half-hearted open challenge, Bayley proceeded to celebrate her “victory” when no one initially answered the call. Suddenly Asuka’s music echoed through the arena to challenge Bayley’s 349 day championship reign. As Bayley felt she was losing her grip on the title, she assaulted the RAW Women’s Champion with a steel chair leading to a disqualification and abrupt end to the match.

Following the bout, Bayley was ambushed by Sasha Banks who emerged from “the crowd” with her neck brace on and a steel chair in hand. The two proceeded to brawl in the ring until Banks ended the confrontation with some semblance of revenge as she peppered Bayley with several kendo sticks strikes.

The bitter rivalry between McIntyre and Orton entered another chapter this evening in the form of an Ambulance Match. The purpose of this match is quite simple…incapacitate your opponent to the point where you can shove him into the back of an ambulance and shut the doors. After Randy Orton incapacitated McIntyre early, he sized him up for the RKO, however, a hand grabbed him by the ankle from outside the ring. The masked individual revealed himself as The Big Show, a man victimized by Orton over the summer. Big Show dragged Orton out of the ring and chokeslammed him through the announce table before exiting. Later in the bout, the brawl spilled to the backstage area where once again Orton was ambushed as the tide turned in his favor, this time by Christian, allowing the champion to take control again. As the fight gravitated back towards the ambulance, Orton again found himself in control standing alone on top of the vehicle. Before Orton could act, Shawn Michaels greeted him with a Sweet Chin Music and shoved him off the ambulance. The final moments saw McIntyre first execute a Claymore Kick and then throw Orton into the ambulance. Rather than immediately close the ambulance doors, Drew first exacted revenge by way of a punt to the head. After closing the ambulance doors, the final victim from Orton’s summer Legend Killer tour, Ric Flair, was revealed as the ambulance driver as he hauled Orton out of the arena.

Following an injury to Big E, Jey Uso found himself in a fatal four way match recently on Smackdown with Sheamus, Matt Riddle, and King Corbin. Jey pulled off a stunner as he emerged victorious hence pitting him against his own real-life cousin, Roman Reigns. Now I understand that WWE was trying to tell a story while establishing Roman Reigns as the top heel in the company as he beat and berated his cousin but it was a bit of overkill and quite frankly translated into the worst match on the card. This bout came to it’s merciful conclusion as Jimmy Uso hobbled to ringside and threw in the towel for his brother calling an end to the match. 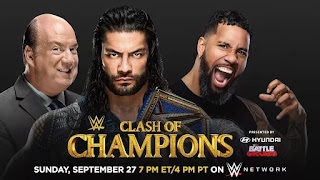 By Matt Ward
The 2020 New Jersey Boxing Hall of Fame's annual induction and awards ceremony has been canceled due to the COVID-19 pandemic.
For the first time in its 52-year history, the New Jersey Boxing Hall of Fame Induction and Awards Dinner has been canceled.
The annual early November induction and awards dinner, held in recent years at the Venetian in Garfield, has attracted upwards of 650 people. This year's banquet was officially canceled as the COVID-19 pandemic continues to pose a health threat to New Jersey residents.
In a recent press release, New Jersey Boxing Hall of Fame President, Henry Hascup, stressed the need for attendee safety, and to have maximum support for those being honored by the hall of fame. "Right now the [New Jersey] Governor has opened it up to 25% of the venue's capacity, but that would mean that ONLY 250 people could attend, which wouldn't be fair to the honorees," Hascup said.
The New Jersey Boxing Hall of Fame was established in 1968 to honor persons who made significant contributions to boxing in New Jersey. Inductees span the various roles involved with the sport ranging from fighters to medical professionals.
This year's 14 inductees include a variety of boxers and non-boxers. Bob Rooney Jr. and David Toledo headline the list of boxers from the Garden State. Non-participants joining the hall of fame include sports photographer, Ed Mulholland, and boxing training camp owner, Madame Bey.
The Turkish-born Hranoush Sidky Bey, commonly known as Madame Bey, ran her training camp in Chatham Township, New Jersey from 1923 to 1942. Notable visitors to her camp included Max Schmeling, Primo Carnera and Lou Ambers. Madame Bey's life in and outside of her boxing camp is chronicled in New Jersey boxing historian Gene Pantalone's 2016 book, Madame Bey's: Home to Boxing Legends.
The class of 2020 inductees will be honored on November 11, 2021 with the class of 2021.
The New Jersey Boxing Hall of Fame is a 501-C3 charity. Notable past inductees include, Mickey Walker, Jersey Joe Walcott, Mike Tyson, James J. Braddock, Gerry Cooney and Marvin Hagler.
For more information on the New Jersey Boxing Hall of Fame and the class of 2020, please visit their official website and Facebook page.
This story also appeared on Patch. 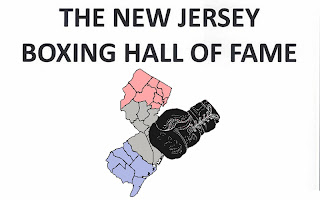 All Elite Wrestling returned to pay per view this evening from Daily’s Place in Jacksonville, Florida. The outdoor, stadium seating venue, attached to TIAA Bank Field, the home of the Jacksonville Jaguars, has been the residence of all of the promotion’s programming for the past few months and recently has been permitted to welcome real fans (unlike WWE’s virtual Thunderdome) with an operating capacity of 10% - which translates to about 500 spectators. This evening’s stacked card was headlined by Jon Moxley defending the AEW Heavyweight Championship against MJF in addition to the 21-man Casino Battle Royale to determine the future number one contender for the Heavyweight title. 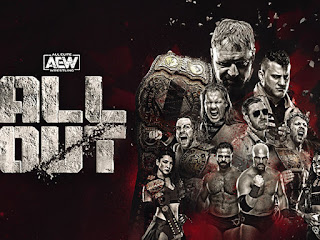