Melbourne, Australia played host to UFC 234, and what a night it was inside of Rod Laver Arena. We have the breakdown for our fans. Anderson “Spider” Silva was in action after a two-year hiatus. Anderson was in a real Donnybrook with Israel Adesanya that has our vote for early fight of the year candidate.

Our very own Weigh-In staff commented on Silva’s performance after such a long layoff:

Luis Cortes - Not available for comment and not returning my calls on an uncomfortable rate now.

Steve Ward - Began yelling about when he sees me at Summer Slam brother, he is going to run wild all over me and Wooooooooooooo.

Everyone knows that Anderson is one of my favorite fighters of all time! I will try to refrain from my normal blowing of him, but just know a milk mustache towel sits beside me as the words hit this blog. Silva began the tilt by downloading Adesanya’s offense, which he later used to mount his own attack.

Silva began to go on the offensive more in the second round. Adesanya displayed a study stream of low kicks throughout rounds one and two. In round two, Silva really began to establish his jab as well as land a meaningful body kick. I thought round two was Silva’s best and Adesanya did land some meaningful shots, but Spider weathered them.

Adesanya took over in the third round and he was honestly the busier of the two throughout the match, and ended up winning via unanimous decision after three rounds.

Ricky Simon extends his winning streak to three straight, defeating Rani Yahya by way of unanimous decision (30-27, 30-27, 30-25). This was a great fight with lots of sprawling and brawling.

Jim Crute defeated Sam Alvey by way of TKO in the first round. Alvey took the fight on short notice like a champ to keep the card alive, but he could not handle the power of Crute.

Devonte Smith defeated Dong Hyun Ma by way of TKO at 3:53 of round one.

Kyung Ho Kang defeated Teruto Ishihara by way of submission in round one.

Lando Vannata defeated Marcos Mariano by way of submission (kimura) at 4:55 in round one.

Jalin Turner defeated Callan Potter via KO by way of strikes in the first round.

LETTERKENNY (To Be Fair)
Cheli
Divorce Law Attorneys (when you need one, you need one)
Ginger Nation for straight representing
Joe Rogan (that guy is the best) 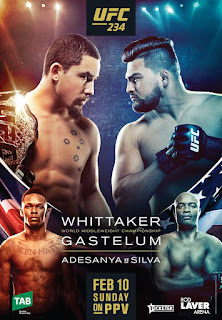