The Carnival of Champions

Author of From Boxing Ring to Battlefield: The Life of War Hero Lew Jenkins

“This is a superb book that I highly recommend to all boxing fans. It is a great read.”
(Al Bernstein, Hall of Fame Boxing Analyst, Showtime)

From Boxing Ring to Battlefield is an engaging read. Katie Jenkins. . . comes across as a particularly interesting character. . . . I knew next to nothing about Lew Jenkins when I started reading From Boxing Ring to Battlefield. I feel as though I know him much better now. (Thomas Hauser, Boxing Writers Association of America Nat Fleischer Award, author of book Missing nominated for four Academy Awards) 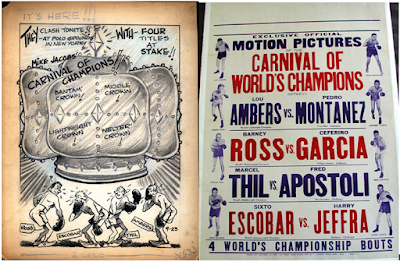 In July 1937, promoter Mike Jacobs, who at the time was such a dominate promoter he was known as Mr. Boxing, had the idea to put together an unprecedented boxing card with four championship bouts. He would promote it as the Carnival of Champions. Jacobs committed to four title fights to be staged at the Polo Grounds where the New York Giants baseball team played their home games. The four championship bouts would match world lightweight champion Lou Ambers against Pedro Montañez, world welterweight champion Barney Ross against Ceferino Garcia, world bantamweight champion Sixto Escobar [the first native of Puerto Rico to hold a title] against Harry Jeffra, and French middleweight champion Marcel Thil against Fred Apostoli. Before the fight date arrived, controversy arose over the middleweight bout. Thil regarded himself as the world middleweight champion. The New York State Athletic Commission (NYSAC) recognized Freddie Steele as the champion. Under NYSAC compulsion, both boxers had to sign an agreement stipulating that no title would be at stake if they wanted to fight in New York.

Jacobs signed a contract stipulating for him to pay lightweight champion Lou Ambers $65,000 with an opportunity of 20 percent of the gate. It was an all-time high guarantee for a lightweight. In time, Jacobs had every fighter signed to an elaborate scale. Besides Ambers’s contract, he signed his challenger, Montañez, for $40,000. He signed Ross for $35,000, Thil $30,000, Escobar $12,500, Garcia $5,000, Apostoli $5,000, and Jeffra $2,500. If his receipts reached the $350,000 mark, Jacobs predicted he stood to realize a sizable profit. Though not a large sum of money by today’s standard, in 1937 it was exorbitant. Jacobs did not ignore his philanthropy for the event. He committed 10 percent of his profits to the House of Calvary Cancer Hospital.

Mike Jacobs had committed about $200,000 of his own money. He believed that with the Polo Grounds tickets scaled from $3 to $16.50, he might achieve a gate of $500,000. When it was suggested that a financial loss on the event was a possibility, he grinned and shrugged.
“What of it?” he said. “We’ll all have a lot of fun, won’t we? We’ll see some good fights and give a lot of fellows some work.”

Three of the Carnival of Champion fighters trained at Madame Bey’s boxing camp in Chatham Township, New Jersey, and another three trained at Dr. Bier’s camp in Pompton Lakes, New Jersey, where Joe Louis trained for most of his fights. World lightweight champion Lou Ambers, world bantamweight champion Sixto Escobar, and middleweight challenger Fred Apostoli all trained in Chatham Township. Whitey Bimstein, who was in the corner of more champions than anyone in the history of boxing, trained all three. Ceferino Garcia, Marcel Thil, and Pedro Montañez trained in Pompton Lakes.

Journalists, photographers, and fans inundated the Bey camp before the Carnival of Champions date. One of the most remarkable facets of the training of Lou Ambers, Sixto Escobar, and Fred Apostoli at Madame Bey’s was the friendliness among them in the camp. When the press was told they would share Madame Bey’s camp for the Carnival of Champions, many anticipated that animosity would result. Nothing transpired. Madame Bey, who ran the camp, structured their training to avoid conflict. Escobar started first at one o’clock, Ambers followed at two o’clock, and Apostoli at three o’clock. Just one happy family, a reporter said.

On September 13, Al Buck reported on the fighters for the New York Post. He asked Ambers if he thought he had won the night Montañez received a close and disputed decision in their previous ten-round nontitle bout at Madison Square Garden. Ambers, ever the sportsman, gave his reply.
“I don’t know,” Ambers answered. “I never know who is winning when I’m fighting.”
Ambers was asked how he liked his new manager, Charley Goldman.
“Fine,” Ambers said as he winked. “Swell.”

Goldman said nothing. Heavyweight Tony Galento, Dumb Dan Morgan, a former manager, Kid McPartland, the former lightweight boxer who retired in 1905 and now was a boxing judge and referee, Al Weill, and manager Joe Jacobs, who had managed Andre Routis, Max Schmeling, and Tony Galento, were also at the camp. Weill asked how Ambers looked.

“Better than he’s looked for some time, but he gets hit with too many right hands,” Joe Jacobs observed. “I counted ten during the three rounds he boxed with Augie Gonzales.”

“I’m rolling with ’em, Joe, and I’m not quite right yet,” Ambers explained to Joe Jacobs. “Gonzales is a smart young fellow, and I honestly only felt three of his punches.”

On one day, the press asked Whitey Bimstein, trainer of all three at Bey’s camp, about the bouts.

As the big event neared, and thinking of ways to maximize the revenues, promoter Mike Jacobs made a shift in the order of the fights for the Carnival of Champions at the Polo Grounds. Marcel Thil of France would open the event against Fred Apostoli. Jacobs said he changed the fight order to enable European newspapers to receive news of the fight some hours earlier than if it had been later. In the second bout, he put the Barney Ross match with Ceferino Garcia. The third bout would be Lou Ambers against Pedro Montañez. The finale would be Sixto Escobar and Harry Jeffra. A preliminary bout would open the program at 7:45 in the evening, and the Thil-Apostoli bout would begin at 8:10.

On September 23, 1937, Mike Jacobs held his Carnival of Champions at the Polo Grounds. It was an unprecedented event in boxing history. The event started on time at 7:45 with a four-round preliminary bout of such little importance that Mike Jacobs forgot to list the fighters [it was a lightweight bout between Young Chappie and Auggie Gonzales that resulted in a draw]. Amongst the crowd of 45,000 were governors, United States senators and congressmen, mayors, judges, lawyers, bankers, stockbrokers, industry leaders, society people, stage and screen stars, and figures from many fields of sport. WNBC broadcast the event over the radio. It was fifty-five rounds of championship fights. Not one knockdown occurred.

In the first title fight of the night, though only the Boxing Federation of Europe considered it a championship bout, Fred Apostoli, in the only fight not to go fifteen rounds, defeated Marcel Thil. The Frenchman was stopped in the tenth round with a severe cut over his right eye. Thil led on the scorecards at the time of the stoppage. This was the thirty-two-year-old Thil’s final career bout. Apostoli, along with most of boxing, considered Freddie Steele the world middleweight champion. Apostoli could not claim the title.

In the second title bout, Barney Ross broke his left hand during his bout yet still retained his welterweight title with a unanimous decision over Filipino Ceferino Garcia, who claimed Ross head-butted him. “In as masterful an exhibition of boxing, as admirable a demonstration of fighting courage and as determined a stand a champion has flashed in recent years, Ross matched his wits against the power of his challenger’s punches and won the unanimous decision,” reported the New York Times.

Next, Lou Ambers retained his lightweight title by avenging his previous loss to Montañez. Both judges gave Ambers the edge, with the referee scoring it even. The unofficial Associated Press scorecard had it overwhelmingly for Ambers with a 12-1-2 score. “At every turn... the shifty, unorthodox Ambers was the master,” reported the New York Times.

Lou Ambers sang in his dressing room, as he often did, “Put on your old gray bonnet with the blue ribbons on it.”

“Save those gloves,” Ambers shouted, hardly missing a note in his song and then started to dance. He traveled to his hometown of Herkimer, New York, after the bout with his brothers Joe and Angelo, his friend Father Gustave, and a lucky pair of boxing gloves.

Sixto Escobar lost his bantamweight title to Harry Jeffra in a lopsided match to the surprise of many. Jeffra “so far outclassed Escobar as to make the match surprisingly one-sided,” reported the New York Times. Harry Jeffra, despite winning, complained because he fought around midnight. Escobar also stated his annoyance claiming the delay made him cold.

A video of the event exists on YouTube that was uploaded by the Boxing Hall of Fame Las Vegas.

Photos used in this article is in accordance with Title 17 U.S. Code § 107. Limitations on exclusive rights: Fair use. 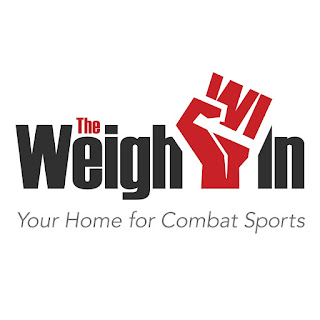