Following last year’s inaugural Atlantic City Boxing Hall of Fame induction weekend, boxing promoters did not have to ponder too hard to ascertain a fight card would draw well during three days of enthusiasts descending onto the City by the Sea. Those in town all obliged Friday night when two shows on the boards sold out. 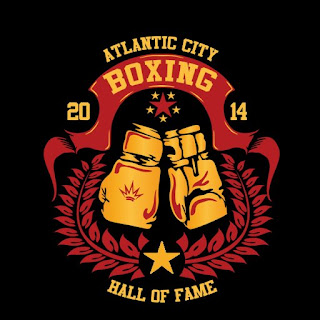 ACBHOF President Ray McCline once again delivered a first rate weekend staged in the Claridge Radisson Hotel, full of events for all to indulge in.

Preceding fisticuffs, ACBHOF hosted a formal wear meet and greet in one of the many lavish banquet halls within the Claridge. Attendees were able to mingle with inductees from the past two years. Plus large amount of former boxers who starred in AC headliners were on hand. Tales were told over toasts and drinks. Following everyone went into the theater for a pro boxing show promoted by Ms. Downing Promotions. Everyone that is but yours truly, I hopped a cab and headed over to the Showboat Hotel and Casino, where the LaManna family’s Rising Star Promotions was hosting a pair of NJ State Championship bouts. It was this author's intent to cover the New Jersey talent. 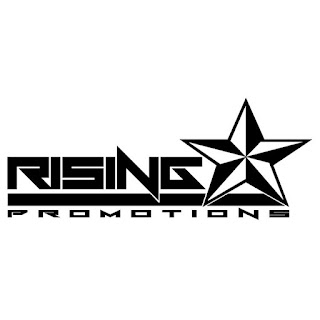 First up, Dan Pasciolla of Bricktown NJ squared off against Quan Davis for the NJ Heavyweight Championship. Keeping active Pasciolla, 225.5, a veteran of five years was the prohibitive favorite. It was a bit of an upset when the smaller Davis, 261, out boxed Dan to earn a unanimous decision. Pasciolla slides to 9-4-3. After nearly a two year layoff Davis stays unbeaten at 5-0-2, 2 KOs.

Chris Thomas of Toms River NJ toed the line opposite Darryl Bunting of Asbury Park, NJ for the New Jersey Middleweight laurels. Bunting, 160, was never in the fight as Thomas, 159.75, dominated from the get go. Several times Bunting was buzzed during the first stanza and was felled by a Thomas left hook to his chin. After a Thomas barrage saw Bunting hit the deck in the second, it was not if but when. When it happened again in the third, Referee Harvey Dock would not let the carnage continue calling a halt to the matters at one minute six seconds. Bunting’s record dips below .500 at 3-4-2, 1 KO. Thomas passed his toughest test to date as he built a mark of 10-0, 7 KOs against tomato cans.

I did not stay for the Main Event that featured up and coming Philly future star welterweight Jaron Ennis who easily stopped set up Mike Arnaoutis in two rounds. A large turnout of close to twelve hundred fans cheered from the chairs.

I then took a cab back to the Radisson Claridge Hotel to witness 2017 New Jersey Boxer of the Year Derrick Webster of Glassboro NJ, earn a ten round unanimous ten round nod over tough, Nuevo Leon, Mexican journeyman Oscar Riojas in a super middleweight contest promoted by Miss Downing Promotions in front of six hundred and fifty attendees.

Southpaw Webster is a reincarnation of the late Howard Davis, Jr. but less willing to mix things up… Unlike Davis who was always willing to enter the ring versus the toughest opposition, Webster, 168, faces pushovers.

It is always a pleasure to be in the company of Mark Breland or Marlon Starling. During Webster’s bout, I had the opportunity to sit between these two former World Welterweight Champions. Both men are gentlemen and you could never tell they were vehement adversaries during the nineteen eighties. Technical knowledge spew from each of them as they analyzed the proceedings.


After ten ho hum stanzas, Webster stayed on his toes and stuck out his jab keeping the on rushing Riojas, 168.5, at bay. Earning a ten round decision, Webster’s career stays on a treadmill with a 26-1, 14 KOs resume. Journeyman Riojas goes south of the border at 16-10, 6 KOs.

The next day prior to the fisticuffs, ACBHOF had its fan fest featuring former world champions Mark Breland, Vinny Paz, Riddick Bowe, Evander Holyfield, Michael Spinks, Bobby Czyz and many others. All afternoon these good men mingled and spoke to fans, all while signing autographs and posing for photos. Beloved Washington D.C. ring announcer “Discombobulating” Jones was the MC for the afternoon. Jones has been working the microphone in the DC area and Atlantic City for over thirty years.

At the end of the afternoon everyone dispersed only to congregate that night at Boardwalk Hall where Real Deal Promotions delivered a night of action headlined by Toka Kahn Clary of Providence Rhode Island, who won a hard fought ten rounder over Emmanuel Dominguez of Aguascalientes, Mexico.

Real Deal Promotions is still a fledgling company that puts forth former heavyweight ruler Evander Holyfield as a figurehead. Fans come out to these shows to get a glimpse of Tyson’s conqueror. Obliging most that approach him, the one-time stand offish Holyfield now grins, shakes hands and poses for photographs. Evander does not sign autographs. A majority of fans in the arena seemed to be more interested with Evander and the other boxing luminaries than the matches. 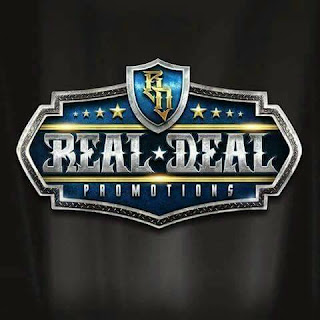 As for the main event, the talented but dull to watch Toka Kahn Clary, 125.5, maneuvered to a ten round decision by initiating most exchanges against Dominguez, 125, a game opponent albeit over matched.

Staying to script, Dominguez gave Kahn just enough of a fight so fans would not be bored. Kahn landed the heavier blows throughout, and as it was written, Dominguez would get through with some good touches here and there. Regardless, score cards needed not to be calculated as all of the one thousand fans in attendance knew the result. The USA Boxing News saw it the same as the two judges, who tallied it 98-92, a bit more generous one official scored it 97-93 all for Kahn, who is now 25-1, 17 KOs. Dominguez stays tough at 22-7, 14 KOs.

Still battling the bottle, former two division world champ Bobby Czyz got sauced up and had to be helped leaving the upright position at night’s end. Sadly this was to the bemusement of fans as a slumped over to one side. Czyz even had to be helped out of his seat.


About nine hundred folks filled the seats in the two thousand seat theater.

I spent the weekend in the Irish Pub on Saint James Street in the lodge in the hotel upstairs that has been operating since it opened its doors in 1905. Upon awakening, I prepared for the final day of festivities culminating with the induction ceremonies, emceed by New Jersey’s renowned boxing historian Henry Hascup. Notable inductees included Jersey Joe Walcott, Dan Duva, Bob Arum, and George Benton. Fighters enshrined were Bruce Seldon, Jeff Chandler, Bobby Czyz, Hector Camacho, Sr., Ray Mercer, Evander Holyfield, and Vinny Paz.

Paz was last to speak, and his tales are always a pleasure to hear. The Pazmanian Devil even allowed the audience to ask questions. One fan inquired about all the great fighters he faced, and asked, who was the best? Vinny immediately responded, “No doubt, Roberto Duran.” President Trump was rightfully place amongst the famed class, and ACBHOF President Ray McCline read a letter sent from the White House and personally signed by the President, which was fitting because the underlying feeling was the hope of “let’s make Atlantic City Boxing great again.”