In the main event, Sergey "Krusher" Kovalev (32-3-1, 28 KOs) looked to defend his WBO World Light Heavyweight Title for the second time against Eleider "Storm" Alvarez (24-0, 12 KOs). Unfortunately for Kovalev, Alvarez was not intimidated by the Russian champion. In the opening round, Kovalev felt out his opponent. In the second round, Kovalev landed a big left hand to the head of his opponent. Alvarez responded with a nice right hand to the head later in the round. Alvarez popped Kovalev's head back with hard jabs in the third round. In the fourth round, Alvarez was warned for a low blow. Kovalev's power was on display in the fourth round as he punished Alvarez with multi-punch combos. Alvarez demonstrated his toughness by staying on his feet under Kovalev's crushing blows and by surviving the round. In the seventh round to the crowd's delight, Alvarez knocked Kovalev down with a big right hand to the head. Kovalev rose from the canvas on shaky legs, and was knocked down again with another right hand to the head. The champion again pulled himself up from the canvas only to be sent crashing to the canvas with a right hook to the head. The referee called an end to the fight at the 45 second mark of the seventh round. Alvarez won his twelfth professional fight by knockout. Kovalev was taken to the hospital for further examination following his knockout loss. In the post-fight press conference, Alvarez stated he was willing to fight anyone in the light heavyweight division, but if necessary, had to honor a rematch clause in his contract with Kovalev first.

Dmitry Bivol (14-0, 11 KOs) successfully defended his World Boxing Association (WBA) Title against Isaac Chilemba (25-6-2, 10 KOs) in a twelve round bout. Chilemba, who is trained by boxing legend Roy Jones Jr., was hurt in the first round by straight right and left hands to the head and body. Chilemba was again beat up in the second round, as Bivol connected with left and right hooks early in the round. In the third round, Bivol was again the aggressor, as he punished Chilemba with right-left combos to the head. The action in the fourth through sixth rounds slowed down to the crowd's displeasure. Chilemba, realizing he was behind on the cards, was the far more active fighter in the seventh round. Bivol killed Chilemba's momentum in the ninth with a left hand to the head that snapped the Malawi native's head back. The action was limited in the championship rounds causing the crowd to boo as the final bell rang. Bivol won the contest by unanimous decision with two judge's scorecards reading 120-108, and a third judge's card reading 116-112.

Kazakhstan's Meiirim Nursultanov (8-0, 7 KOs) fought the Dominican Republic's Jonathan Batista (17-15, 10 KOs) in an eight round, middleweight contest. A left hook to Batista's body sent him to the canvas in the second round. Batista recovered from the knockdown, but refused to answer the bell for the third round. Nursultanov has won seven straight fights by knockout.

Philadelphia's Karl Dargan (18-1, 9 KOs) defeated Colombia's Jonathan Perez (37-23, 29 KOs) by unanimous decision in a six round, lightweight contest. In the first and second rounds, Dargan broke through the guard of Perez with straight left and right hands to the head. Perez decided to fight back in the fifth round, when he and Dargan exchanged big shots in the center of the ring. All three judges scored the bout 50-54 for Dargan.

Frank Galarza (20-2-2, 12 KOs) scored a second round knockout over Alex Duarte (13-6-1, 10 KOs) in junior middleweight bout that was scheduled for ten rounds. Brooklyn's Galarza dropped Duarte twice in the second round with hard right hands to the body. The referee stopped the fight at the 1:57 mark of the second round. Duarte needed help from his corner to get up from the canvas and exit the ring.

Bakhram Murtazaliev (13-0, 11 KOs) and Fernando Carcamo (23-9, 18 KOs) fought in a ten round bout for the International Boxing Association (IBA) Junior Middleweight Title. Carcamo's night ended early as he was kayoed by Murtazaliev at the 41 second mark of the first round. Carcamo, who was overwhelmed by Murtazaliev's offense in the opening seconds of the bout, was pinned up against the ropes and beaten up by his opponent. Murtazaliev landed shot after shot to Carcamo's head and body until his legs gave out and he collapsed to the canvas for the ten count.

Super middleweights, Vaughn Alexander (12-1, 8 KOs) and Denis Douglin (20-6, 12 KOs) fought in a ten round bout. Douglin, a native of Marlboro, New Jersey, fought well through the first two rounds of action. Alexander, the brother of Devon, caught Douglin with a hard right to the body that caught his opponent's attention. In the later rounds of the contest, Alexander had trouble with Douglin, who fought well on the inside. In the ninth round, the two men exchanged big punches near the  center of the ring. Douglin controlled the round by landing a series of straight right hands to his opponent's head and body. Douglin fought like a man who needed a win, and he was rewarded for this with a unanimous decision victory. One judge scored the bout 100-90, with two others scoring the bout 99-91.

Enriko Gogokhia (8-0, 3 KOs) fought Ronald Montes (18-10, 16 KOs) in a six round, welterweight bout. Gogokhia won the fight by unanimous decision by a score of 62-54 on all three judges' scorecards.

The opening bout of the evening was a four round, junior middleweight showdown between Ismael Villareal (3-0) of the Bronx and Kieran Hooks (3-1-1, 1 KO) of Philadelphia. Villareal defeated Hooks by unanimous decision, with all three judges scoring the bout 39-37. 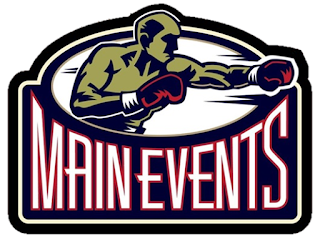