I want to open by letting the people know that The Weigh-In’s own Matt Ward has made numerous attempts to censor The People’s Red Head. For those of you who know him, he was born to fucking dance and that is what he did all over Ward’s ass. However, due to this, he was asked to resign by the editor-in-chief. Your favorite red head, and editor-in-chief, has asked me, his twin brother to take his stead moving forward. Allow me to introduce myself. I am Justin Dohnson, and I am The Real People’s Red Head. I slid out of our mom two minutes before Dustin, and as such, I am his superior.

I will fill in for my brother until such time as the Weigh-In ceases their censorship of him. If fucking Gruber would stop writing convicts and start lobbying the Weigh-In for less censorship, my brother would have stayed, but alas, Gruber is most likely sitting around elbows deep in ink, befriending convicted felons across the globe. While it would be easy for me to dive into a debate on artistic integrity and my own disdain for censorship, this is not the time. It is not what my brother would have wanted for you all.


While he looms somewhere secluded, mulling over life’s meaning, we lost a fucking soldier and no one seems to have paid attention. I was so personally grief stricken from the loss that I have not attended “cat yoga” in weeks. It is my duty to run with this torch and report to you all what really matters in the world of combat sports. The loss of this fucking animal meant so much to me that I have not personally prank called Steve Ward pretending to be various men lathered up in oils for months now. I have erectile comedy dysfunction. I cannot even find joy in disclosing how Matt and his lady friend are immersed in the furry community. Seriously, I walked in on them one time, and Matt was in a bunny costume looking like that fucking kid from A Christmas Story. For fuck sake guys, this is a family website!


What Makes a Fighter Legendary?

So what makes a fighter legendary? I think everyone has his or her opinion of what makes a legend. For example, sometimes a fighter can be legendary but also have a reputation to be a head case. When a fighter gets labeled a head case does it mean we should not still mourn the loss? What about a fighter’s outside of the sport antics? To you the reader, how do you feel about personal flaws? Take time to evaluate that last question…

We all know human beings are less than perfect. In fact, if you know someone perfect, you are lying to yourself. Actually, my wife is perfect, but no one else. Listen! Go fuck yourselves everyone! My wife is perfect and she sometimes reads this blog, so this is my true position! When we evaluate fighters, do we accept them as they are? I think that flaws in fighters’ further cement or contribute to their legacy. Everyone knows Jon Jones has issues outside of the sport, but he is arguably the best MMA fighter in the world. Let us not even forget about Mike Tyson. He was arguably the most dominant heavyweight boxer of all time, and we all know what he went through out of the ring. The list goes on and on, but how do you feel?


While I myself am not one for conspiracies, why else are people ignoring the death of the greatest MMA fighter of all time? His rise was meteoric. His reign survived multiple promotions and multiple leagues. If this were not enough, he went on to be arguably the greatest MMA coach of all time. He gave his life to the sport and now we go silent when he needs us most.

Being a twin means I think a lot like my brother. We all know that he is not heavy into rankings and is a fan of taking on all challengers. I too share his same insight regarding never backing down from a challenge. This is one of the reasons I am floored that we lost a fucking a legend and no fuss has been raised. No tribute has taken place to date. To me, this screams injustice. How can we ignore a competitor who gave his all during his entire career? Is it not enough that he was former champion of multiple leagues and various weight classes?

I can feel what you are all thinking, and let me address it. Sure, this legend liked his booze. I also would not deny that later in his career he may have nursed his wounds through the abuse of painkillers. I would not dare to pretend that this fighter was not a womanizer, and had a somewhat complicated relationship with his children. However, the aforementioned vices are what further made this man legendary. When the lights went down, he was able to put all personal distractions aside. He was an artist and the ring was his canvas. He shut everything out to ensure that he was the victor each night he entered into competition. His tunnel vision is what made him truly unique.

I can see that most of you still doubt the legendary prowess of this man, so let us evaluate some of the names this legend defeated. He went out with a split decision against another legend, Matt Hughes. That marks the second time Hughes went down to this legend. Also falling victim to this legend were the following:  Mark Shamrock, Ryan Wheeler, Michael Oxfat, Frank Reynolds, Darius Widener, Kevin McCallister, Pete Eckhart, Chad Barthel, and many more. 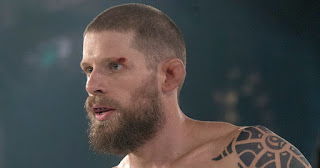 The next argument I hear regarding the stunning silence surrounding this fighter’s passing is that times have changed; the sport is more competitive now than when he was fighting. If we were going to use that logic, we might as well not celebrate Michael Jordan people. Sports are constant and always evolving, there is no argument there. I think we can all agree that sports are fluid. Combat sports are evolving before our very own eyes. However, when you are dominant during your time, the playing field is level during your era. Due to this, I think he is arguably the greatest fighter of all time, which it why the silence surrounding his death pains me. 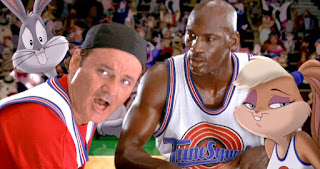 After his legendary fight career, he opened a gym, and not just any gym. This man is responsible for the Navy Street Bullies, some of the most feared fighters in the game. Joe Daddy Stevenson trained and coached there. Let us not forget that current champion Ryan Wheeler fights of out this gym. In addition to that, he raised two incredible sons who have had notable career highlights in MMA. This legendary champion had success after fighting, which is not the easiest feat to accomplish.

So for the final time, I ask why the fuck is no one talking about a legend? The sport will never be the same. August 2, 2017 marks the shock felt all across the world of MMA. If no one else will pay tribute to you, I got you Alvey. I am here letting the world know that you were a fucking stud who took on all challengers. What distracted you outside of the ring is what made you so brilliant inside the ring. Know that wherever you are, we thank you for everything you gave us.

For those of you confused by this piece, we lost Alvey Kulina, legendary MMA fighter/coach. Kingdom was cancelled back in 2017, and its final episode aired on August 2, 2017. With the recent one-year anniversary of the shows cancellation, we here at the Weigh-in still mourn. We think about what could have been, and we are left with unanswered questions. 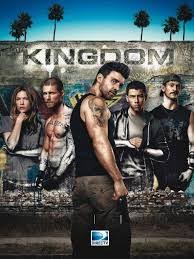 Thank you Frank Grillo (aka Alvey Kulina) for giving us three years of your everything. Your dedication and commitment to your craft are an inspiration to us all. In addition to being first team all body, we thank you for a fucking masterpiece. We thank you for the realism you brought into our homes for three years.

***No one died during the publication of this piece. Kingdom was a television series folks.

Frank Grillo (has a piece on him) 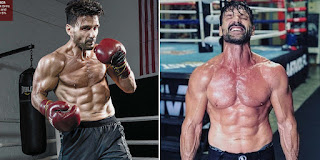 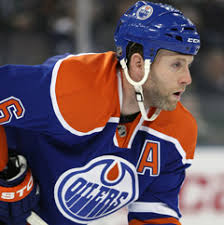 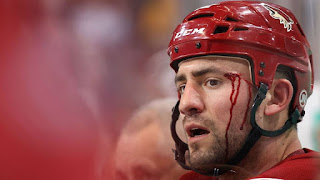 Bryan Callen (for being buddies with Frank Grillo) 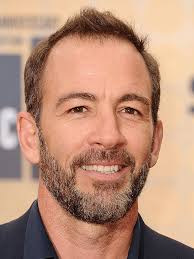 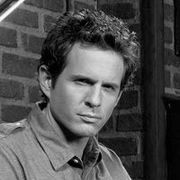