The Road to Wrestlemania commenced this evening as WWE presented the Royal Rumble from the home of the disgraced Houston Astros - Minute Maid Park. The 33rd installment of the event’s main card featured six matches including both a men’s and a women’s 30-competitor over the top Rumble match.

The respective winners of the Royal Rumble matches would be afforded the opportunity to call out their champion of choice at Wrestlemania setting the landscape for the next couple months. Also among the six matches, both of the women’s titles were defended, as well as, the Universal Championship in what one could only hope would be under normal lighting and not the god awful, headache inducing, red light that The Fiend’s matches have recently been shrouded in.

For weeks, Roman Reigns has feuded with King Corbin, Dolph Ziggler, and Robert Roode leaving Roman as the recipient of several beatings and even being doused with canned dog food. This evening tensions came to a head as The Big Dog and King Corbin did battle throughout Minute Maid Park in a Falls Count Anywhere match. It didn’t take long for the match to spill into the WWE Universe where Reigns was able to gain some momentum back from Corbin as he created carnage in the International announce table area. Roman proceeded to put the king through two tables with back to back Samoan drops leaving the ground strewn with pieces of table and monitors.

This quickly turned into a six-man affair as Robert Roode and Dolph Ziggler came to the aid of Corbin not long before The Usos also entered the fray coming to Roman’s assistance. In the closing moments, Roman shoved Corbin into a port-a-potty and tipped it over before the fight spilled onto the top of the Houston Astros dugout. Personally, I believe it would have been fitting for Roman to beat Corbin down with a trash can but instead he delivered a devastating spear for the 1-2-3.

Entering the match, there was great speculation as to who would comprise the field as there were only seven confirmed participants. While there were a number of the slots filled by NXT Superstars, fans were treated to four surprise entries. Might Molly (aka Molly Holly) entered at number three, Beth Phoenix at number 19 (who made an outstanding showing for herself despite a gash to her head that turned her hair color from blonde to crimson), Kelly Kelly at number 21, and lastly Santina Marella at number 29.

Yes, you read that correctly…Santino Marella made his way to the ring dressed as a woman. Before he could make any waves in the match he was confronted by Natalya and Beth Phoenix. Rather than suffer a lashing from them, he pulled out his old cobra sleeve, struck himself in the neck, and toppled over the top rope.

The final four competitors in the match were Charlotte Flair, Beth Phoenix, Shayna Baszler, and Natalya. First, after double teaming Baszler with Natalya, Beth Phoenix eliminated her old running mate. Next, Baszler quickly eliminated Phoenix as Charlotte was hanging for dear life on the opposite side of the ring leaving us with our final two women. As Flair continued to hang from the top rope, Baszler approached her with victory seemingly seconds away. Charlotte, however, prevailed as she reached her legs up around the head of the Queen of Spades and propelled her over the top rope.

Despite a strong showing by Evans, Bayley withstood a late moonsault attempt to roll up Lacey with a handful of tights for the pinfall.

After being dragged under the ring and having his hair torn out by The Fiend several weeks ago, Bryan reemerged looking like Bryan Danielson as the reinvigorated leader of the Yes Movement. Following a barrage of mind games recently on Smackdown, Bryan proposed a strap match for this evening so that Wyatt could no longer escape through the ring. The two competitors were bound by a 13 foot leather strap with the winner being declared via pinfall or submission.

The WWE Universe was completely disengaged in the early going of this match as Wyatt was in total control and relentlessly assaulted Bryan with the leather strap until his back was peppered with welts. Bryan eventually turned the tables as he was able to cinch in a LeBell Lock with the use of the strap shortly followed by a running knee. The match reached it’s conclusion as Wyatt rose to his feet, withstood a lashing with the strap to his chest unfazed, and finally trapped Bryan in the Mandible Claw. Wyatt, with the Mandible Claw still engaged, lifted Bryan from his feet and slammed him into the mat for the pinfall.

This match was all about redemption for Becky Lynch. Lynch lost via submission to Asuka at last year’s Royal Rumble and recently found herself the recipient of multiple attacks including being sprayed in the eyes with green mist. In another uncommon occurrence, The Man called out Asuka for this match - behavior not normally becoming of a champion. Asuka brought the fight to The Man, however, the champ withstood several vicious kicks and the Asuka Lock. In the closing moments, Lynch avoided the green mist as the referee was briefly disposed to trap Asuka in the Disarmer which lead her to a submission victory.

In an unprecedented move this year, WWE Champion Brock Lesnar declared he would enter the Royal Rumble match as entrant number one so that he could dominate the 29 other participants. Brock Lesnar tied the record for eliminations at 13, however, Drew McIntyre entered at 16 and while Lesnar was preoccupied, Ricochet struck The Beast between the uprights allowing McIntyre to kick him right out of the ring.

While the surprise entries were a bit on the light side this year, they certainly resonated with the fans in attendance as MVP entered at number 12 and in an even more shocking turn of events, Edge entered at 21. Fans may recall that Edge was forced into retirement back in 2011 due to a neck injury that required triple fusion neck surgery. Rumors had swirled recently that Edge had been cleared to return to the ring and tonight he substantiated them as the 46-year old was absolutely shredded and looked like he hadn’t missed a step.

The final four of the match were Drew McIntyre, Roman Reigns, Randy Orton, and Edge (which I found amusing after his wife, Beth Phoenix, also made it to the final four in the women’s match). Initially, Randy Orton tried to turn on Edge as he stood poised to deliver an RKO, however, The Rated R Superstar shocked The Viper by tossing him over the top rope after catching him in the act. Next, Edge and Roman found themselves fighting on the ring apron until Edge was finally shoved to the floor.

This left us with McIntyre and Roman remaining. Roman attempted to finish of McIntyre, however, he fell victim to a Claymore Kick and was subsequently thrown over the top rope. Assuming McIntyre decides to remain within the RAW brand and Lesnar retains his title in the coming weeks, we should see the two engage in an epic showdown at Wrestlemania. 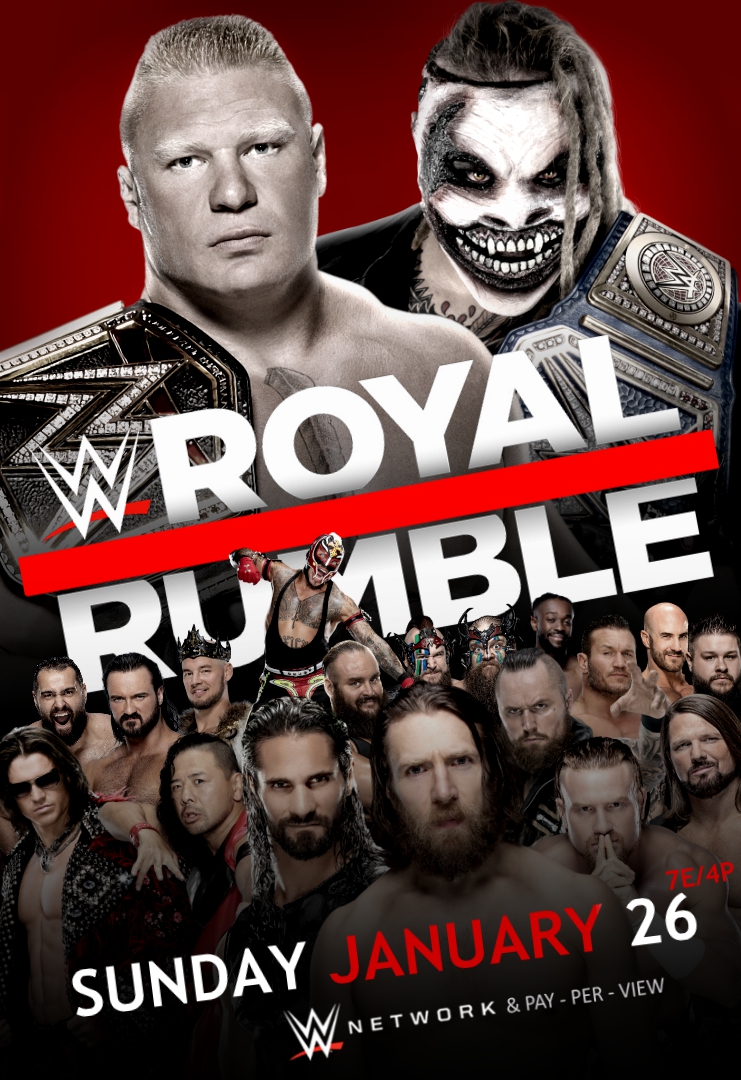