Do you hear me knocking? Well, let me in! Finally! The People’s Red Head has come back to the Weigh-In!

November 4, 2017 is a huge night for the world of MMA. Not only will it be the second time Madison Square Garden hosts a UFC event, but the entire lineup is full of title fights. In fact, it could be argued that this much talent has not been under the same roof since the last time Matt, Luis, and myself had a slumber party (welcome to the team, Luis!). This is to be debated in the weeks to follow.

UFC 217 promises to be a night of fire works. Here at the Weigh-In, we are going to breakdown the card. We are going to proceed by breaking down this card the same way I undress my ladies, we start at the top and go down.

Michael Bisping vs. Georges St-Pierre (GSP)
This is the fight fans have been waiting for. Since shocking the world and upsetting Luke Rockhold, Bisping has yet to defend the title. Who better to make his first defense against than Georges St-Pierre? For those readers living under a rock, St-Pierre retired as the former UFC Welterweight Champion back in 2013. Bisping has already spent press time trash talking GSP about fighting versus wrestling, which obviously benefits Bisping. This fight will come down to belief. Is GSP still the dominant force he was when he left the UFC, or is Bisping an example of how the sport has not passed GSP? Stay tuned as these questions will be answered at UFC 217.

Cody Garbrandt vs. T.J. Dillashaw
We are now in the Cody Garbrandt era. He successfully defeated Dominick Cruz who T.J. could not overcome. However, T.J. believes he is the best bantamweight in the world, but Cody has proven to be more than most are prepared to handle. Which fighter will impose their will? This fight has all the makings of an instant classic. Everyone knows Dillashaw parted ways with Team Alpha Male and no love was lost. This fight has everything fight fans crave. It is packed with a backstory and loaded with drama. The fight reminds me of when Dillon dumped Brenda for Kelly. For those of you who did not watch "90210", shame on you. Either way, mark your calendars kids, this is one you are not going to want to miss.

Joanna Jedrzejczyk v. Rose Namajunas
The champion, Jedzrejczyk, defends her title against Namajunas at what we here at the Weigh-In are calling, the say my name three times fast battle. We all know Jedzrejczyk has dominated the division and seems to be getting better each time she steps into the octagon. Namajunas is a fan favorite with a solid ground game. Can she challenge the champ? I for one am terrified of both these ladies, so I will be watching from the comfort of my couch, with blanket and sippy cup in tow.

Stephen Thompson vs. Jorge Masvidal
Wonderboy, fresh off two straight losses to the current champion, Woodley, is back in action against Masvidal. Masvidal is a well-rounded veteran and king of trash talk. Can he hand Wonderboy his third straight loss or will Wonderboy get back on track and make it back for a third attempt to challenge Woodley? This fight has serious consequences to the loser. Each man is coming off a loss and needs a win. It will be amazing to watch what desperation will do to these two competitors.

Johny Hendricks vs. Pablo Henrique Costa
The veteran Hendricks is coming off a loss to Tim Boetsch. Henrique Costa remains undefeated at a perfect 10–0. Hendricks will be his biggest test, but does he have what it takes to pad his resume and show the world he belongs at the top of the rankings? Will Hendricks foil his plans and reestablish his own dominance in the welterweight division?

Other Notable fights on the UFC 217 card

Aiemann Zahabi vs. Ricardo Lucas Ramos
This is a battle of two young undefeated competitors. Someone will no longer be perfect after UFC 217.

Alexey Oleinik vs. Curtis Blaydes
Two wily veterans duke it out on what is sure to be an exciting match.

Gadzhimurad Antigulov vs. Ion Cutelaba
Antigulov is 2–0 in the octagon. If he wants to remain perfect, he will have to get by Cutelaba.

Corey Anderson vs. Patrick Cummins
This is considered to be a superfight among some. Do not sleep on this fight. Both fighters have explosive power.

Mickey Gall vs. Randy Brown
Gall, who is coming off the win against Northcutt, attempts to add another victim to his run. Another fight not to sleep on. Gall is exciting and climbing his way into contention.

James Vick vs. Joseph Duffy
Two work horses that do not like to lose. This fight promises to be not only entertaining, but competitive. Fans are spoiled with this fight on the card. There could be firework potential here.

Overall UFC 217
As long as everyone remains healthy, UFC 217 is currently set to be the card of the year. I have not felt this much anticipation for something since losing my V-card on prom night. Madison Square Garden sets the stage for their second UFC event. Do not sleep on this event. There will be more action on display than witnessed in a Chuck Norris Total Gym commercial. UFC 217 may be the card of the year!

Special Thanks
MMA.com for the card information
Dr. Steve Sheldon for being our spine expert
Crabfeast for entertainment, fuck the crabfeast 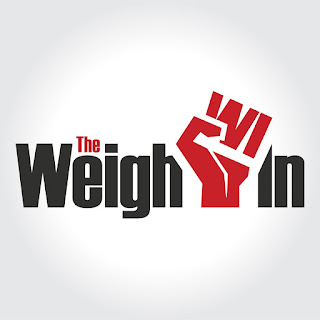