Tickets for the April 30 junior lightweight title unification tilt — starting at $79 — can be purchased by visiting AXS.com

Promoted by Top Rank, tickets starting at $79 go on sale Thursday, March 10 at 10 a.m. PT and can be purchased by visiting AXS.com.

“This is a fight between two fighters in their physical primes, the best fighting the best,” said Top Rank chairman Bob Arum. “Oscar and Shakur deserve the biggest stage, and it doesn’t get much bigger than ESPN and the MGM Grand Garden Arena. On April 30, a superstar will be born.” 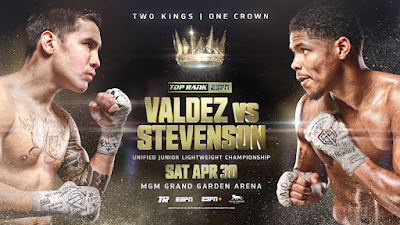