JACOBS: I WANT TO BE A TWO-WEIGHT WORLD CHAMPION

Two-time Middleweight World Champion Daniel Jacobs insists that he still has plenty left to achieve in his career as he prepares to face Islington's John Ryder in an Eliminator for the WBA Super-Middleweight World Title this Saturday February 12 at Alexandra Palace in London, live worldwide on DAZN (excluding New Zealand and Australia).

The 35-year-old Brooklyn native (37-3, 30 KOs) earned a split decision win over two-time World Title challenger Gabriel Rosado last time out in November 2020 at the Seminole Hard Rock Hotel and Casino, Hollywood, just under a year on from his fifth round stoppage win against Mexico's Julio Cesar Chavez Jr.

Despite his inactivity, the former WBA and IBF Middleweight ruler, who has taken pound for pound stars Gennadiy Golovkin and Saul Alvarez the distance, still has a burning desire to mix it with the best in the world and write his name into the history books as a two-weight World Champion.

“I’m looking forward to a good scrap," said Jacobs. "He’s a good fighter from what I’ve seen. I know he’s in his hometown so I’m expecting him to be pumped and excited about it. Also I’ve heard from him before that this is an important fight for him to get towards title contention. I’m looking forward to seeing exactly everything that he has to bring.

“It has been one of my goals as a professional to fight in the UK, probably in London because I’ve been here before and I know how the magic works. I know how deep the crowd is into their  boxing. I look forward to experiencing that. Good city, good town, good people.

“Everything is fabulous, I’m back to where I need to be mentally and I realise that now coming back with my old trainer Andre Rozier and Anthony Irons things are where they need to be. I was missing that good spirit that I once had in my career, and now it’s back and I’m looking forward to presenting it and giving the fans a good show.

“Every fight is must-win. Every time you go in the ring you don’t go into a fight looking at it like, ‘If I lose this one the next one will still be a good opportunity’. There’s always going to be a step back if you lost a fight in boxing. I’m grateful that I still have the opportunity to have these big fights. The biggest goal for me right now is to stay focused and keep the eye on the tiger.

“Granted we win this fight, which I’m sure we will, my next fight should be an opportunity to become a two division World Champion. I have the opportunity to do that and this guy is in the way. I have to make an example but also be myself. This camp I’ve been myself the entire time. I can’t ask for anything better." 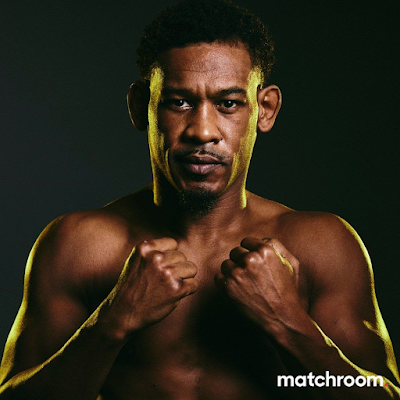