Veteran fighters, Manny Pacquiao (59-7-2, 38 KOs) and Lucas Matthysse (39-4, 36 KOs) will officially square off on Sunday, July 15th at the Axiata Arena in Kuala Lumpur, the capital city of Malaysia. The two men will battle for Matthysse's World Boxing Association (WBA) World Welterweight Title that he captured with an eighth round knockout victory over Tewa Kiram on January 27th. Pacquiao is coming off of a unanimous decision defeat to Jeff Horn last July, in which he lost his World Boxing Organisation (WBO) World Welterweight Title. Many observers in the world of boxing were concerned that the fight would not occur due to financial issues, which have been resolved in the last 24 hours. 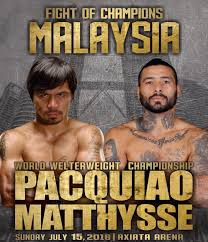 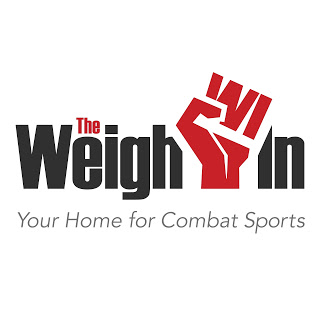