After storming onto the scene in 2019, All Elite Wrestling sought to continue their meteoric rise as they made their way to the Windtrust Arena in Chicago for their first pay per view of 2020, Revolution. With arguably their most impressive card to date, the eight match card featured all three AEW titles defended including Chris Jericho vs. Jon Moxley for the AEW Heavyweight Championship.

Much speculation entered this match as to the identity of “The Exalted One” who is the shot caller behind the Dark Order. For weeks there had been growing suspicion that “The Fallen Angel” Christopher Daniels would reveal himself as their leader and this notion was reinforced by his glaring absence at ringside for the duration of this contest. Following Stu Grayson’s pinfall victory over Kazarian, the entire Dark Order proceeded to lay waste to SCU until Colt Cabana made his way to ringside in an attempt to even the odds to no avail. Just moments later, the Dark Order’s music resonated throughout the arena as a cloaked individual made his way onto the entrance ramp. The individual proceeded to reveal himself as “The Fallen Angel,” however, Daniels proceeded to rush the ring and vault over the ropes knocking Evil Uno to the canvas solidifying his allegiance to SCU in the process. This will surely continue the speculation as to the identity of “The Exalted One” leading many to believe it may indeed be Matt Hardy who’s contract with WWE expires March 1st or perhaps even Luke Harper who’s supposedly on his way to the promotion.

The main card of Revolution kicked off with a bang as the ageless Dustin Rhodes (who turns 51 on April 11) squared off with Jake Hager (known for his current Bellator career where he is undefeated and as Jack Swagger in WWE). Hager definitely displayed no signs of ring rust as he made his AEW in-ring debut after serving as Chris Jericho’s enforcer for the duration of his tenure to date. In the closing moments, Hager landed a low blow as the referee’s back was turned and proceeded to cinch in a standing side headlock/sleeper hold fusion for the submission victory.

In what was projected to be a potential show-stealer, these two competitors gave us our first “holy shit” moment just minutes into the match as Guevara incapacitated Allin and laid him out across a table at ringside. Guevara then proceeded to execute a flawless 630 senton which drove Allin through the table. This high-flying encounter ended in phenomenal fashion as Darby Allin executed the Coffin Drop to earn the pinfall victory.

This bout constituted a battle within The Elite as The Young Bucks earned a title shot against their brethren by surviving a battle royal recently on Dynamite. This was a five star match if I’ve ever seen one and quite possibly the best match I’ve seen in years. The closing moments alone were unbelievable. After Matt Jackson kicked out of the Buckshot Lariat and V Trigger combo by Omega and Page, Omega attempted the One Winged Angel but could not finish the move with his injured shoulder. Page proceeded to tag his way back into the match and executed the One Winged Angel himself, however, it still was not enough to put Matt Jackson away. Page would not be denied as he proceeded to nail the Buckshot Lariat on Nick Jackson out on the entrance ramp and turned around to execute it again on Matt Jackson to earn the pinfall.

After Nyla Rose decimated Riho recently on Dynamite to become the new women’s champion, she made her first title defense this evening against Kris Statlander - who’s billed from…The Andromeda Galaxy. Kris Statlander gave Nyla Rose all she could handle in this contest. It appeared for a moment that Statlander was going to abruptly end Rose’s title reign after landing a suplex/brain buster off the top turnbuckle, however, the champ kicked out of the pinfall attempt. In an effort to put her away, Statlander then attempted a top rope hurricanrana but The Native Beast simply overpowered her and proceeded to break her in half with a Beast Bomb from the top turnbuckle scoring an easy pinfall in the process.

Following weeks of running through Maxwell Jacob Friedman’s gauntlet to earn a match with him this evening, this match became extremely personal for Cody. After Cody was double crossed by MJF in his shot at the heavyweight championship against Chris Jericho late last year, when Friedman threw in the towel from The American Nightmare’s corner. Cody seemingly had this bout in the books after he executed two Cross Rhodes to a bloodied Friedman, however, MJF countered the third with a knee to the head followed by a shot between the eyes with the Dynamite Diamond Ring which allowed him to steal a pinfall.

“Freshly Squeezed” Orange Cassidy made his debut as a singles competitor this evening against “The Bastard” PAC (formerly known as Neville) after he assaulted Cassidy multiple times the past few weeks. Cassidy certainly impressed in this contest especially with the fact he fought a great deal of the bout with his hands in his pockets. Late in the match it appeared Cassidy was going to pull off a monumental upset after he landed a diving DDT off of the top rope, however, PAC rolled out of the ring. Trent proceeded to toss PAC back into the ring but the Lucha Bros decided to intervene in the match drawing the Best Friends away from ringside and distracting Cassidy long enough for PAC to cinch in the Brutalizer from behind for the submission victory.

The main event of the evening came to fruition after Moxley denied Jericho’s offer to join the Inner Circle by responding with a champagne bottle to the face sparking a bitter rivalry for the past several weeks. Moxley solidified his position in this main event after defeating PAC in a number one contender’s match on a recent edition of Dynamite. The odds were certainly stacked against Moxley as he has made it a point to establish himself as a loner in AEW. Moxley overcame outside interference from the entire Inner Circle and a bloodied face to thwart “Le Champion” Chris Jericho in the closing moments with back to back Paradigm Shifts allowing him to cover for the 1-2-3 and become the second heavyweight champion in the company’s short history. 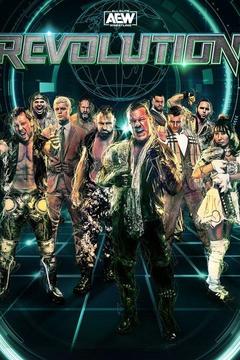