A boisterous crowd of 8,811 jammed into the bottom bowl of the Barclays Center to cheer on the current heavyweight fighting pride of Poland Adam Kownacki (20-1)(15 KO's).  Robert Helenius (30-3)(19 KO's), the former European champion, looked to play major spoiler and derail the Kownacki express.

It took just one semi feel out round before the action started in round two. Both Kownacki and Helenius were more than happy to please the enthusiastic crowd by exchanging bombs.  This continued in the third round as Helenius was clearly hurt by a stabbing right hand to the body.  He was able to circle away and survive the incoming bombs from Kownacki.

As round four started, Helenius continued to circle away from the pressure of Kownacki, but Kownacki attacked when he felt he had Helenius trapped in the corner.  During their exchange, Helenius landed a straight right and Kownacki went down.  Quickly rising to his feet, the referee ruled it a slip.  As the action continued, Helenius landed another right hand but followed it with a straight left that floored Kownacki.

The ending came at the 1:08 mark of the fourth round when Kownacki wasn't able to avoid the barrage of power punches that followed from Helenius.  With Kownacki having his back on the ropes and resorting to covering up for protection, the fight was called off.

Ajagba stops Cojanu in the ninth to stay perfect

Entering the seventh round, Efe Ajagba (13-0)(11 KO's) was happy with not allowing Razvan Cojanu (17-7)(9 KO's) inside of his range.  Continuing to improve his boxing skills and not wanting to be known for his power punching alone, Ajagba landed clean shots at will.  Cojanu to his credit, tried to force a slugfest to try and land clean on Ajagba.

Towards the end of the eighth round, Ajagba landed a left hook and looping right hand that hurt Cojanu and forced him to take knee.  Cojanu rose to his feet, but the ending was all but decided.  Cojanu earned the right to give it one last chance in the ninth round, but more power shots from Ajagba almost closed his left eye and forced him to wilt from the punishment.  The fight was waved off at the 2:46 mark of round nine.

Ajgaba -
Cojanu has a lot of experience. When I threw my jab, he used his right hand to block my vision, so I couldn't throw as many combinations as I wanted. It was a good challenge.

Ronnie told me to attack the body behind the jab. It was very effective and it started to slow him down. When he got close to me, I knew to throw more and punish him.

After two rounds of feeling each other out, Frank Sanchez (15-0)(11 KO's) started to establish his jab a bit.  Joey Dawejko (20-8)(11 KO's) continued to stand his ground and chase Sanchez, who was happy with boxing from a safe distance.  Dawejko was able to slip most of the power shots from Sanchez, but wasn't active enough with counter shots to win the rounds clearly.

The action picked up some in the fifth round after Dawejko landed a left hook to the body, and Sanchez responded with a hard straight right.  After the exchange, the fighters were in a clinch and there was blood coming from over the left eye of Dawejko.

Heading into the tenth and final round, the fight continued to have the same pattern. Dawejko followed Sanchez around trying to start a fight, and Sanchez was content to box in circles behind a jab, with the occasional right hand.  The fight wasn't in question with Sanchez winning a unanimous decision by scores of 98-92 and 100-90 twice.

Dawejko -
I knew he was going to fight on the outside and he stayed on the outside. Not much to say, he just did what he had to do.

He was scared that's why he was running around. He kept jumping back and staying away, so I guess he made it easy on the judges.

Sanchez -
I was well prepared and I thought I fought very well tonight. I dominated the fight. I showed good footwork and movement and did exactly what we worked on.

I didn't want to fight Dawejko's fight, and he realized that and it frustrated him. He might have thought he's faced guys like me, but there's no other heavyweight like me. 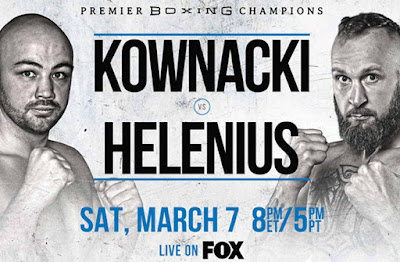