Most regular readers of this website know that I am a native of Matawan, New Jersey. Although family, the Army, and work took me away from my hometown in 2003, I still maintain ties to this Bayshore community by staying actively involved in the local American Legion Post 176.

At this point, you are probably asking yourself, "What does the American Legion have to do with Mickey Walker and boxing?" To answer this question, we will look back at the history of Post 176 in Matawan.

Matawan is a commuter based suburban town located 40 miles from Manhattan, with a population just over 8,000 people. The town was settled in the 17th century by Dutch and Scots-Irish settlers, who moved to the town in search of land and a better life. During the American Revolution, the town was a hotbed for Patriot activities. The Burrowes family, whose mansion still stands on Main Street, were seen by Staten Island Loyalists as the ringleaders of local “rabble-rousers.” John Burrowes Sr. and his son, Captain John Burrowes, were targeted during a May 27, 1778 raid on Matawan (then Middletown Point), in which their furniture was burned, and the elder Burrowes was captured. Matawan was also home to the “Poet of the American Revolution’ Philip Freneau, who is the namesake for the Freneau section of the town. The town is arguably best known for a series of three shark attacks that shocked the quiet town on July 12, 1916. The attacks resulted in the deaths of a local boy, Lester Stillwell, and local man, Stanley Fisher. This event inspired the 1975 thriller film, Jaws. These shark attacks, and the people involved with it, are well chronicled in the 2016 book by John Allan (Al) Savolaine, Stanley Fisher:  Shark Attack Hero of a Bygone Age. 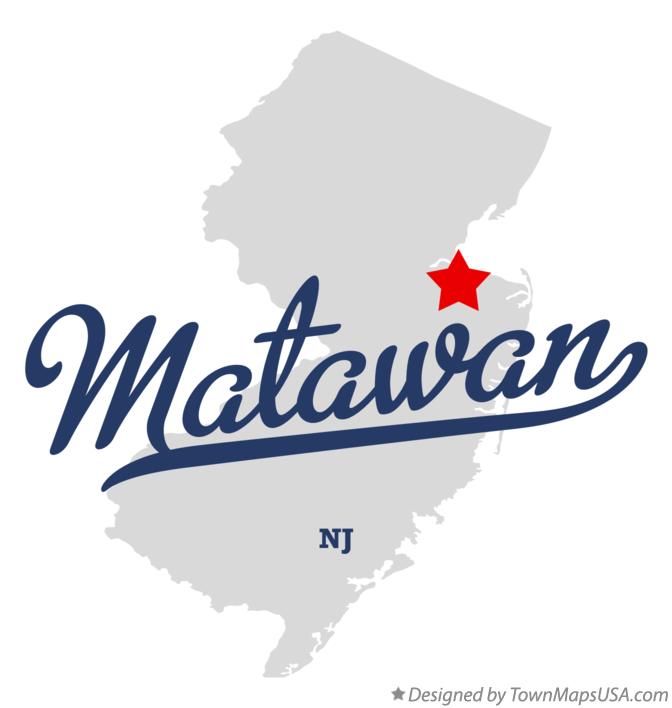 Growing up in Matawan, I never heard of my hometown’s connection to Jersey Shore boxing history. It was as a 32-year-old man and member of American Legion Post 176 that I learned about the popular fights that were once held in Matawan from town historian and then American Legion Post Commander Al Savolaine. Al helped me to discover that the American Legion's history has ties with sports other than little league baseball.

In 1920, Matawan had a population of 1,910 people, while in 1930, the population “jumped” up to 2,264. The people of Matawan, much like most American sports fans, were huge boxing fans during this time. That is why it is no surprise that on September 28, 1927, 1,500 people packed into a vacant lot near the intersection of Main and Broad Streets to attend an American Legion Post 176 sponsored boxing benefit exhibition. Post 176 was a popular social organization during this time for local veterans. Members included the Matawan mayor at the time and future United States Congressman William Halstead Sutphin. The Legion boxing card featured six bouts, and hosted a “who’s who” list of local elected officials and celebrities including the Middleweight Boxing Champion of the World, Mickey Walker and famous ring announcer, Joseph “Joe” Humphreys. The evening of fights was billed by the local American Legion to be, “The biggest event in Matawan,” and the event did not disappoint. Eight hundred tickets were sold in advance, with another seven hundred seats sold at the gate.


Mickey Walker was a native of Elizabeth, New Jersey who held world titles in two divisions during a time when the world title field was not flooded with multiple belts. He held the World Welterweight Championship from November 1, 1922 to May 20, 1926, a title he claimed by defeating defending champ Jack Britton in a fifteen round contest. Walker went on to hold the World Middleweight Championship from December 3, 1926 to October 29, 1929 after defeating Tiger Flowers via a ten round decision. Nine years after his death in 1981, Walker was inducted into the International Boxing Hall of Fame.


Joe Humphreys was the Michael Buffer of his day, who announced thousands of boxing matches, and served as the longtime official ring announcer for Madison Square Garden from 1925 until his death in 1936. In 1997, Humphreys was inducted into the International Boxing Hall of Fame in the non-participant category.


The September 28, 1927 boxing card was loaded with New Jersey and New York fighters. That evening in Matawan, Jack McGuire of South Amboy served as the referee for all 32 rounds of boxing. The main event featured welterweights Joe Harris of Elizabeth and Paddy Cula of Bayonne in an eight round bout. The local newspaper, The Matawan Journal, noted that the main event “was a real battle from start to finish. Neither man gave any quarter to the other and the shouts from the audience was evidence sufficient that the fighters were giving their best.”


The popularity of this boxing match inspired American Legion Post 176 to host annual boxing shows in the area from 1928 to 1930. These shows were advertised and documented in both The Matawan Journal and Asbury Park Press. All three shows attracted over a thousand spectators, and featured popular fighters from the Jersey Shore including, “the knockout king of Matawan” George Russell, Perth Amboy’s Stanley Wilson, Port Reading’s Carl Zullo, “the blonde tiger of Perth Amboy” Eddie Marks, Long Branch’s Nick Laico, Red Bank’s Andy Sackowitz, and Red Bank’s Melvin Decker.

The 1928 American Legion exhibition took place outdoors at the Keyport Baseball Park in Oak Shades Park. The money raised from this card was used to fund the construction of a new home for Post 176. The exhibition was hosted at the Matawan Arena (aka the Freneau Open-Air Arena) in the Freneau section of Matawan. Ringside seats for this event sold for only $2.50, as opposed to hundreds of dollars that ringside seats typically cost in the 21st century! The Monday, June 24th exhibition was a rain makeup day from the previous Thursday evening. Newspaper coverage made note of the ongoing rain that marred the evening’s boxing show, contributing to the American Legion not covering expenses for the bouts. The Matawan Journal did note that “they did give a good show and all those who came went away satisfied.”

In 1930, American Legion boxing returned to the Keyport Ball Park. Post 176 ran a quarter-page ad for the exhibition in The Matawan Journal with the slogan, “You always get your money’s worth”. This show faired far better than the 1929 show drawing a sizeable crowd, and creating financial gains for the post. It is interesting to note that the reporter who covered the card particularly enjoyed a clash between Leonard Musciato of Cliffwood and a Matawan delivery boy named Patsy Poppa. This goes to show the robust history of boxing, which was established from the grit of working class people.