The time is fast approaching again where one may need to make the crucial decision, “Do I want to give my local cable/satellite provider $74.99 to watch Wilder vs. Ortiz II?” Before we delve into this conundrum, we must explore why you are in this predicament in the first place. Perhaps your favorite bar/pub/brewery/Hooters/imbibement palace is not showing the fight. Perhaps you don’t have any friends (I know this is harsh but, hey, it’s possible). Maybe you’ve been ostracized by your peers for following in the footsteps of my esteemed colleague Justin Dohnson and have indulged in one too many Tecates at party after party until things have gotten weird one too many times. Or maybe being the “Party Man” is just too much for people to handle – especially since this fight falls on the original Party Man’s (Matt Ward's) birthday. Whatever your dilemma may be, the bottom line is you’ve arrived at a crucial decision to make.

Let’s look at the main event first. The undefeated Bronze Bomber (41-0-1, 40 KOs) heads into this fight with his nearly untarnished record – we won’t talk about the Fury fight right now – against a man who many believe was seconds away from defeating him in their first encounter back in March 2018. One could make the argument that his opponent, Luis Ortiz (31-1-0, 26 KOs) had a potential victory thwarted by the bell in conjunction with the long leash afforded to the champ by the referee because, let’s be honest, the champ didn’t know what zip code he was in when Ortiz was bringing the fight to him in round seven of their first encounter. Unfortunately for Ortiz, he fell victim (as so many have) to “the big one” – a devastating uppercut delivered by Wilder in round ten that promptly ended the fight.

This time around could prove to offer a different narrative. While Wilder undoubtedly has mowed through the Heavyweight Division – except for the Gypsy King – could he be underestimating and looking beyond Ortiz since this is not the fight he wants? Possibly. Rather than undermine Ortiz, I’d prefer to focus on the fact that he is one of a select few fighters who’ve ever really gotten to Wilder and taken him deep into a fight. Additionally, Ortiz appears to have taken his conditioning to a new level for this rematch and if it hasn’t hindered his power, that makes him exponentially more dangerous in my opinion. Thanks to Luis Cortes, The Weigh-In got an up close and personal look at King Kong’s media workout and he looks so primed to go, I needed to do a double take of his picture to realize it was actually him.

The card will also feature Leo Santa Cruz (36-1-1, 19 KOs) attempt to become a four-division world champion as he goes toe to toe with Miguel Flores (24-2-0, 12 KOs) for the vacant WBA Super Featherweight Title. This should prove to be a more than suitable fight as the first of three title bouts on the pay-per-view card. As long as you can get past Leo’s constant wrist turning – whether it be a nervous tick, timing mechanism, tool of deception for his opponent, etc. (if you didn’t notice it before, you will now so you’re welcome) - this should prove to be an exciting title bout.

The co-feature on the card will pit Brandon Figueroa (20-0-0, 15 KOs) as he attempts to defend his WBA Super Bantamweight Title against Julio Ceja (32-4-0, 28 KOs). Figueroa, a fighter who I supplied ringside coverage of his battle with Oscar Escandon, when they aptly stepped into the main event slot of a card that was to be headlined by Victor Ortiz and John Molina – until Ortiz found himself in a legal quandary – proved he was ready for the spotlight and he now finds himself in his third fight of 2019.

So we now return to our initial question…Is the pay-per-view worth $74.99? Unfortunately, I can’t make that decision for you. All I can tell you is this is now a time for a little self-reflection and perhaps an opportunity for you to become a bit industrious and order the fight while charging a cover to your “friends.” Nonetheless, all of the action will come to you live this Saturday from the MGM Grand Garden Arena in Las Vegas, Nevada on Fox Sports pay-per-view and via the Fox Sports app for $74.99. 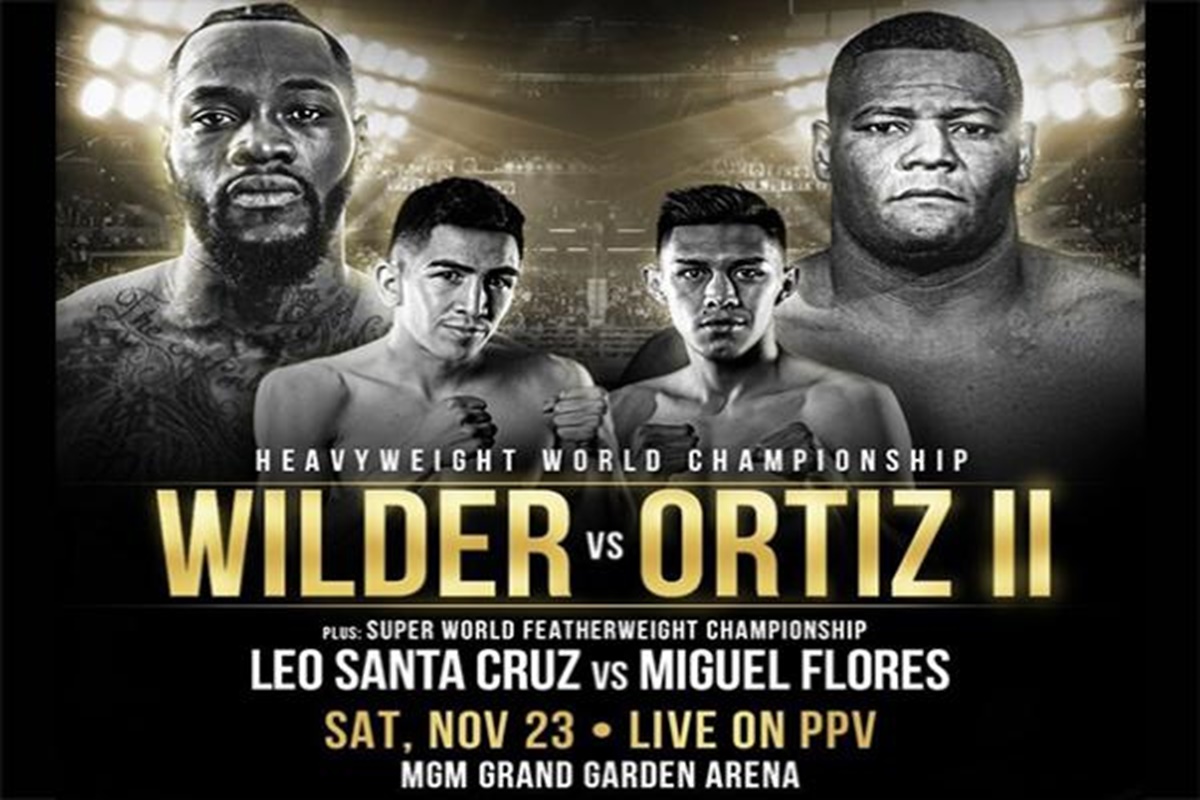