Berchelt-Sosa: Many reasons why this should be a classic

While the bright lights of the strip in Sin City may be the focal point for most of the boxing world tonight, 275 miles southwest of the strip (about a 4-hour drive), a battle will take place that has all boxing fans salivating.  Jason Sosa (23-3-4) (16 KO’s) a former WBA super featherweight champion of the world reaches for a type of glory that has seemed to slip away from him in recent years, against Mexico’s Miguel Berchelt (36-1) (32 KO’s).  These two warriors are set to go to war over the WBC super featherweight title at the Dignity Health Sports Park in Carson, California (live on ESPN at 10pm ET), a site that over the past generation of championship boxers has become synonyms with some of the most memorable fights.

Future Hall of Famers over the past generation have left ounces of both blood and sweat on the canvas inside of the ring in that stadium. In some cases, like in the first and third fight of the brutal classic four fight series between Israel Vazquez and Rafael Marquez, fighters have left pieces of their souls.  Timothy Bradley, who will be calling the fight as part of the ESPN broadcast team had one of his most memorable victories of his future Hall of Fame career against Ruslan Provodnikov at that venue.  A fight in which, Bradley the more superior athlete and boxer, elected to trade power punches with the heavy fisted Russian.  The result proved to be Bradley suffering concussions during the fight in such a brutal manner that he admitted that there are portions of that fight he doesn’t remember.

Fighters with the type of temperament of a Sosa or Berchelt are aware of the venue and the recent history that has been made there.  Venues like this with the type of history that it has created, at times, inspire fighters making their first venture into its confines to reach deep within themselves to allow for their names to create new history.  Fight fans are hoping that’s what takes place tonight between Sosa and Berchelt, and it seems as though both fighters are in the perfect position in their careers when they are finally meeting not to disappoint.

Yes, the venue does inspire and can bring out a vicious competitive streak from the fighters calling it their office on any given fight night.  However, what does get overlooked at times is the reason why the fighters give fans so many classic performances.  When Bradly faced Provodnikov, he had just defeated Manny Pacquaio in a fight that most had felt he lost.  It was a disputed decision that left a bad taste in the mouth and mind of the prideful champion.

After suffering from depression and even contemplating suicide, he took on the tough Russian in his next fight.  Bradley gave the many of the undeserving fight fans who were critical of his previous victory a classic performance by risking his life, and by going toe-to-toe and blow-for-blow with the stronger challenger that night.  He did it in many ways because maybe he needed to prove to himself that he was the warrior and champion who he thought he was.  Or maybe it was his way of showing the world what he already had no doubt of.  Either way, his legacy was cemented on that night.

In the case of Sosa and Berchelt, both men, regardless of challenger or champion status see this as the type of fight that with a victory can position their career for a different level of financial possibilities.  As the WBC champion, Berchelt is on the cusp of getting bigger pay days against some of the other champions in the loaded super featherweight division.  One of those other champions is the IBF titlist, whom also happens to be a stablemate of Sosa, Philadelphia’s Tevin Farmer.  Fights with the other champions such as Jamel Herring, should he retain his title, and Andrew Cancio, should not be difficult to make.  For Berchelt, should he get by Sosa, the road for the Mexican champion,who is in his physical prime, to becoming undisputed champion at super featherweight is open.  There is also the chance for him to move up in weight into the talent rich lightweight division and try his luck at wining a world title in another weight class, which also has the types of names that would equal life changing money if he were to fight them.

As for the challenger Jason Sosa, unlike his younger opponent, at the age of 31, he is coming to the point in his career where the well of opportunities for that life altering money may be starting to run dry.  One thing can never be said about Sosa and his career, and that is that anything was handed to him.  Everything that he has earned has been through a determination level that few fighters possess.  Unfortunately, the success that he has gained inside of the ring, which offered him new financial opportunities, didn’t translate into business ventures away from the sport.  Part of it was due to the devastating path of destruction laid out across his native Puerto Rico by Hurricane Maria.  Other personal reasons have also played their role in him finding himself back in the position he was before he won his first world championship.

Both fighters have the incentive of an even bigger set of brass rings available to them if they come out victorious tonight.  Add the extra spice to this fight that both fighters represent one side of one of the best and most historic ethnic rivalries in the history of boxing.  Mexico vs. Puerto Rico.  All these reasons: financial reward, glory, and national pride, are just added gas to the fire that burns internally of both fighters.  Again, Berchelt and Sosa are two fighters that always come to fight no matter what.  With those added pieces, fight fans should have felt no shame for having to wipe the dribble off their chin when this fight was signed. 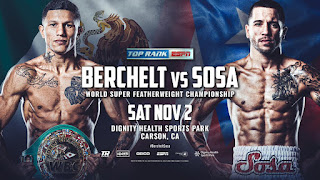 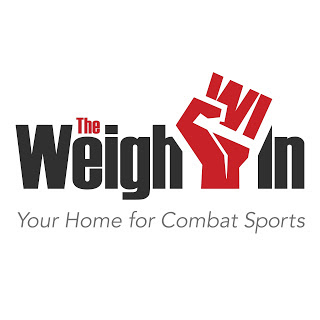