The WWE Universe jam packed a sold out Allstate Arena in Chicago, Illinois this evening for Survivor Series. This year’s theme, as it has been several times, was the battle for brand supremacy. For this year’s 33rd installment, however, WWE decided to shake things up a bit and incorporated (in my opinion) the superior brand - NXT. With this dynamic, more superstars had the ability to take center stage but at the cost of several champions being tied up in non-title bouts hence lowering the stakes. Nonetheless, the seven match card still featured three title matches where the marquee championship from each brand was defended.

Survivor Series wasted no time diving right into a 5 on 5 on 5 triple threat elimination match. Surprisingly we witnessed NXT with an advantage late as Ripley, Storm, and Belair remained from NXT, Banks from Smackdown, and Natalyz from RAW (after dissention in their ranks saw Asuka spray the green mist in the face of Flair leading the Queen to get pinned by Lacey Evans). After Banks quickly turned on Natalya and rolled her up for a pinfall, she was left to go toe to toe with the towering Australian, Rhea Ripley. With Ripley seemingly moments from tapping out to the Bank Statement, Lerae and Shirai returned to ringside causing enough of a distraction for Ripley to land the Riptide allowing her to pin Banks for the victory.

This match pitted champion versus champion versus champion as Nakamura - WWE Intercontinental Champion, AJ Styles - WWE United States Champion, and Roderick Strong - NXT North American Champion did battle. This match ended in an arguably epic upset as AJ Styles took out Nakamura with the Phenomenal Forearm only to be unceremoniously dumped out of the ring by Strong who capitalized on the opportunity and pinned The Artist.

Pete Dunne earned his shot at Adam Cole after he defeated Killian Dain and Damian Priest in a triple threat match last night at NXT Wargames. In the closing moments, Dunne was able to withstand the Panama Sunrise allowing him to attempt the Bitter End for a third time. This time Cole spectacularly reversed it driving Dunne’s skull into the canvas. The Undisputed Era leader quickly followed up with the Last Shot setting up the pinfall victory.

After defeating Seth Rollins for the Universal Championship at Crown Jewel, Wyatt attempted to defend his title for the first time against Daniel Bryan. While I’m personally a fan of both of these competitors, all this match did was give me eyestrain thanks to the exclusive red lighting for the duration of the match. Daniel Bryan did put up a good showing late in the bout as he delivered several missile dropkicks and Yes Kicks. Unfortunately for Bryan, these weren’t enough as Bray trapped him in the Mandible Claw leaving him subdued enough to earn the pinfall.

Dissention among the ranks reigned supreme again in this contest as Corbin and Reigns were at each other’s throats for the majority of the bout. Reigns finally hit his tipping point as he speared Corbin allowing Ciampa to eliminate him. This left us with Rollins from Team RAW, Reigns from Team Smackdown, and Ciampa and Lee from NXT remaining. Ciampa was the first eliminated after receiving the Curb Stomp from Rollins. Lee then shocked Rollins with a Jackhammer to eliminate him. Lee appeared poised to pull off the unthinkable as he thwarted Reigns spear attempt with a power bomb. Lee then attempted to execute a second rope moonsault but Reigns rolled out of the way and countered with a spear for the win.

This match had been a couple months in the works. First, Brock laid waste to Rey and his son leading Mysterio to bring in Cain Velasquez for backup. Next, Cain Velasquez challenged Lesnar at Crown Jewel for the title only to lose via submission. This evening we reached the culmination of these recent acts as Mysterio challenged Lesnar for the WWE Championship in a No Holds Barred Match.  As Brock brutally beat down Rey, his son Dominic came to ringside. The two of them proceeded to get the upper hand, albeit briefly, after a low blow from Mysterio, however, Brock withstood a pinfall attempt only to suplex Dominic across the ring and subsequently F5 Rey to retain his title.

The RAW Women’s Champion Becky Lynch, the NXT Women’s Champion Shayna Baszler, and the Smackdown Women’s Champion Bayley took center stage in the main event of the evening. After disposing of The Man at ringside, Baszler was able to finish of Bayley with the Kirifuda Clutch. Baszler then proceeded to celebrate at ringside on top of the announce table. Becky got a small measure of revenge as she took Baszler down and with her strewn across the table, Lynch stood on the ringside barrier and delivered a leg drop that put The Queen of Spades through the table. 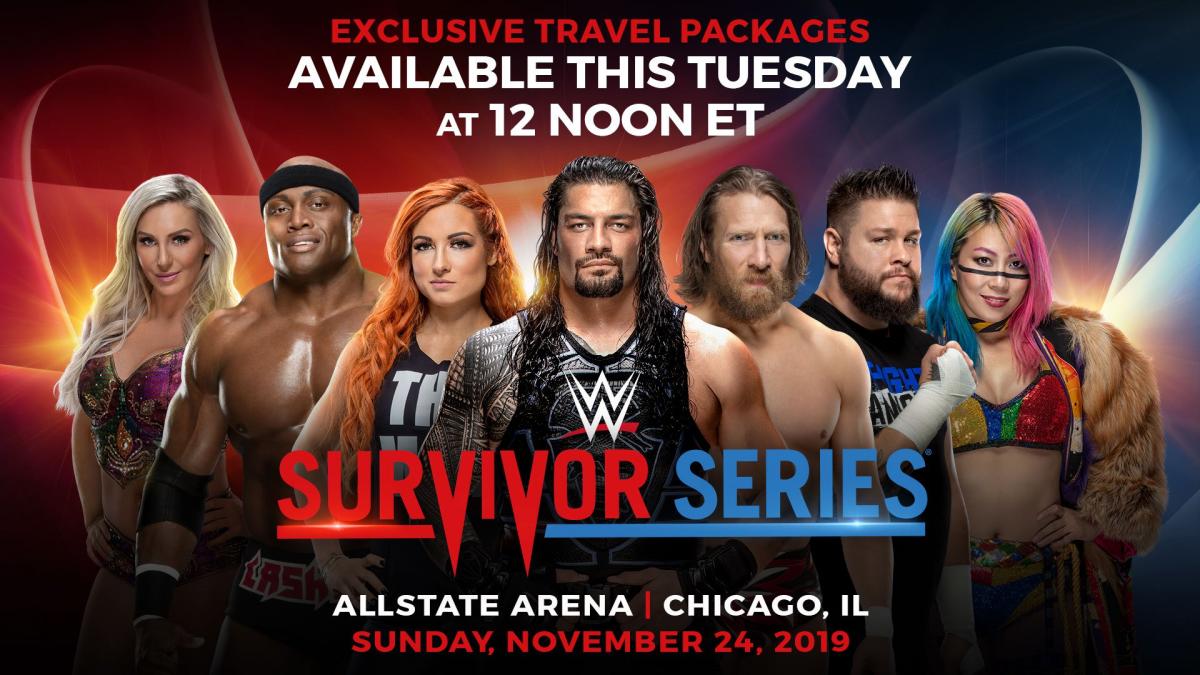