On Friday night, Joe Hand Promotions showed fans in the greater Philadelphia area that professional boxing has a fantastic new home in the Philly suburbs. Parx Casino in Bensalem, Pennsylvania played host to Joe Hand Xcite Fight Night, a boxing card that featured seven bouts. This highly entertaining night of boxing was headlined by a super featherweight bout between local prospect, Avery Sparrow (10-1, 4 KOs) and Jesus Serrano (17-6-2, 12 KOs). In the opening round, the fighters felt one another out. Sparrow went on the attack from his wide, orthodox stance in the second round. He knocked down his Mexican opponent in the second round with a multi-punch combo, that included big hooks. His opponent rose from the canvas, only to be knocked down again by a series of Sparrow clubbing right hands. Serrano recovered from the second knockdown only to be crushed with a barrage of punches that sent him crashing into the ropes. The fight was stopped at the 2:17 mark of the second round of a scheduled eight round bout.

2012 Olympic Silver Medalist, John Joe Nevin (10-0, 4 KOs) of Ireland fought Canada's Alex Torres Rynn (6-1, 3 KOs) in an eight round, lightweight bout. Nevin effectively worked Rynn's body in the first and second rounds. Rynn cringed in pain from the shots, which caused him to go into survival mode against the superior fighter. Rynn who had difficulty defending against Nevin's body shots, was hit in the head with a big left hand in the third round. A Nevin straight right to the face in the sixth round reminded Rynn that he was in a fight, and caused swelling around his eyes. Nevin went back to the body in the seventh round, when he landed powerful shots on his opponent. The eighth and final round seemed more like a track meet than boxing match as Rynn and Nevin took turns chasing one another around the ring. The ringside judges scored the bout 79-73 and 80-72 twice for the former Irish Olympian.

South Jersey's Anthony Prescott (8-8-2, 2 KOs) fought Philadelphia's Isaiah Wise (6-2, 3 KOs) in a super welterweight contest that can best be described as a shootout. Wise utilized his jab in the first round, and later connected on a series of hooks to the body over the course of this round. Prescott, frustrated by Wise's offense in the first round, threw rabbit punches in an attempt to slowdown his opponent's offensive momentum. Prescott dropped Wise with a right hand to the head in the second round. Wise quickly pulled himself up from the canvas only to be hit with a series of big rights to the head. The two men engaged in a brawl that included a number of big head shots to close out the second round. In the third round, a big right hand to Wise's head sent blood and spit flying into the crowd. Wise fought back in the third by pushing his opponent into the ropes with a series of big punches. To the crowd's delight, the two men brawled again as the round came to an end. Prescott landed a nice right hand to the head in the fourth round. Wise responded to this shot by pushing Prescott into the ropes with a big right hook. Wise ended the round by connecting on a huge multi-punch combo, that was highlighted by left and right hooks to the head. Prescott was stumbled in the fifth round with a right hook to the head. Prescott, hoping to clinch his eighth career victory, threw several big hooks in the sixth and final round of the bout. The judges scored the bout 57-56 in favor of Prescott, 57-56 in favor of Wise, and 59-54 in favor of the winner by split decision, Anthony Prescott.

Marcel Rivers (4-0, 3 KOs) fought Rafael De Jesus (0-2) in a four round, welterweight contest. Rivers' power was on display in the opening frame, as he hurt his opponent with a big left hand to the head. Following this round, De Jesus returned to his corner with swelling under his right eye. De Jesus was sent to the canvas in the second round when Rivers connected on a series of inside punches while the two men were wrapped up near the center of the ring. Later in the round, Rivers crushed his opponent with a vicious series of right and left hands that pinned De Jesus up against the ropes. De Jesus appeared to be out on his feet as the second round came to an end. It was no surprise to most of those in attendance that De Jesus refused to answer the bell for the third round.

In what can be described as the "highway robbery" bout of the evening, Gerardo Martinez (2-1, 1 KO), fighting out of the Phoenixville PAL, was defeated by split decision by New York's Vinnie Denierio (3-4, 1 KO) in a four round, lightweight bout. Martinez demonstrated solid offense in the the first round, by landing several good right upper cuts on the taller fighter, Denierio. Martinez came forward in the second round, and landed several straight rights to the head and upper cuts to the body. Most of these upper cuts went undefended by Denierio, who later showed an offensive burst in the second round when he connected with left hands to the head and body of Martinez. As the second round approached its end, blood streamed from the nose of Denierio. In the third round, Martinez hurt Denierio, who appeared exhausted in this round, with a straight right to the head. Denierio, who appeared to be down on the cards, fought desperately in the fourth and final round. His attack was slowed down by a Martinez right upper cut to the jaw. The ringside judges scored the bout 39-37 for Martinez and 39-37 twice for the winner by split decision, Vinnie Denierio.

The opening bout of the evening featured super lightweights, Nahir Albright (3-1, 1 KO) and Sidney Maccow (4-8, 3 KOs). In the first round of the four round bout that was refereed by Hall of Famer, Steve Smoger, Albright knocked down Maccow with a big left to the head. An Albright multi-punch combo to the head and body later in the opening round, sent Maccow to the canvas for the second time in the match. Maccow came out in the second round with renewed energy. He fought hard, and clearly won the round. The third round was extremely close as both men landed big punches over the course of the round. A cut appeared above Albright's right eye in the fourth round. Albright, who had a very strong start to the bout, appeared exhausted in the final round. The judges scored the bout 40-34 twice and 39-35 all in favor of the winner by unanimous decision, Nahir Albright.

The main event was followed by a six round bout between lightweights, Jerome Conquest (9-3, 1 KO) and Tyrone Luckey (9-8-3, 7 KOs). Luckey, a native of Neptune, New Jersey, knocked Philadelphia's Conquest down in the first round with a right hand to the head. Conquest recovered from the knockdown only to be sent crashing to the canvas by another Luckey right to the head. Despite recovering from the second knockdown, Conquest was hurt. Luckey, seeing blood in the water, went on a short attack that forced referee, Gary Rosato to stop the fight at 2:43 of the first round. 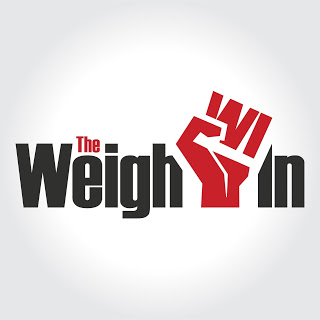