WWE’s new home for the Thunderdome, Tropicana Field in Tampa Bay, Florida, was the site for this evening’s final Quarantine Era pay per view of 2020 - Tables, Ladders, and Chairs. One would have to wonder if WWE would step their game up amidst a continued decline in their RAW and Smackdown viewership, losses in the ratings by NXT for several Wednesdays to AEW Dynamite, and after AEW also unleashed a bombshell earlier this month in the signing of the legendary Sting. Nonetheless, this evening’s card featured six matches with five titles contested and featured two Tables, Ladders, and Chairs matches. 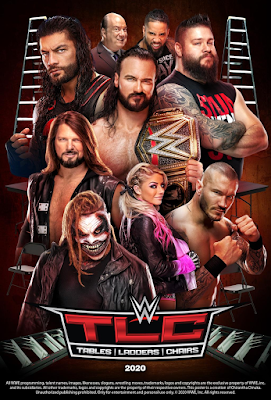