UFC’s Dana White Might be the Greatest Promoter/ Executive Ever

When we look at the history of combat sports, we often overlook the role of the promoter. Without the promoter, our sweet science and mixed marital arts may not exist today. The role of promoter has truly evolved during the past few decades. The promoter was originally thought to be a silver haired eccentric man who drew the attention of all during Mike Tyson’s reign. I am of course referring to Don King. 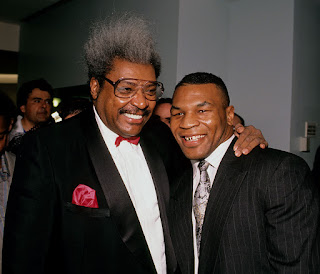 It is rumored that Don King was originally asked to play the role of Dos Equis’ most interesting man. He respectfully declined due to concerns that the time commitment would take away from his harem. If you who are reading this do not know what a harem is, follow one of the Ward brothers, because my writing requires deep contemplation. Further, it is important to remember that The People’s Red Head does not fact check, and the aforementioned rumor above is a fact that predates Google. 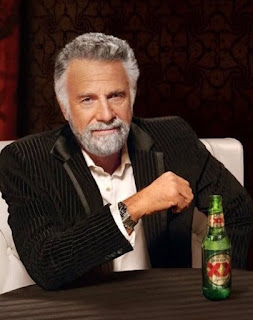 At the opposite end of the promoter spectrum, we have Bob Arum. Arum has promoted his fair share of fights and has done it in a quieter manner than that of Don King. However, make no mistake, Arum is King Midas incarnate. It is likely Arum is reading this piece right now, while sitting on his gold toilet. We all know Arum is an avid Weigh-In reader. If I could have selected a father in life, it would have been Arum. In fact, Arum should be everyone’s dad. He is an amazing force that has done so much for the sport. The only complaint we have here at The Weigh-In is that Arum never takes us up on offers to join us at after parties. Honestly, I do not blame him. I blame Luis Cortes, the wild party man. One night Luis partied a little too hard and it was rumored he woke up in some rural area casino with glow sticks stuck in places your imagination could not conjure. Again, we do not fact check, always remember that. Furthermore, what happens on road trips should stay on road trips. Anyway, we certainly do not blame Mr. Arum for remaining professional and not engaging the wild party animals at The Weigh-In. 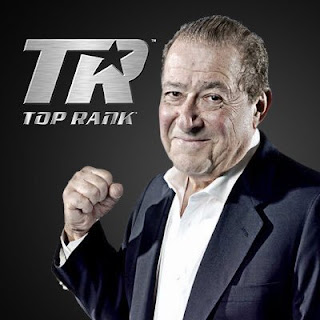 The next individual is worthy of mention even though he was a little late to the promoter game. This person had a legendary boxing career and has transferred this success into his own promotion empire. I am of course referring to the great Oscar De La Hoya. Oscar falls somewhere in-between King and Arum. He may not be as boisterous as King, but he is also not as quiet as Arum. After all, De Le Hoya did let everyone know he wears dresses and does not give a fuck who knows it. I do not personally have the heart to tell Oscar his legs look too muscular in a dress, but deep down, I think he knows his truth. 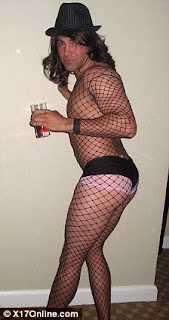 We now move to the world of mix martial arts. Some think this sport is very new. Many think this sport has come out of nowhere, and gained tremendous popularity. Mixed martial arts has been around since before the Ward brothers were expelled out of the tip of their father’s… you get the point. What has mixed martial arts gaining such ground on other mainstream sports? We think the answer to this question is rather simple. MMA owes its growth during the last few decades to Mr. Dana White. Say what you will, but White may be one of the greatest promoters of all time. 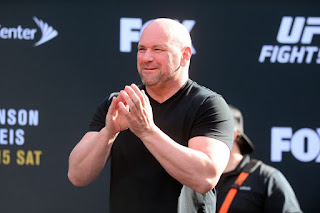 Dana White is a combination of everything that made the individuals above so successful. Dana White says whatever he wants. I am not sure if he ever wore a dress, but he would not give a fuck if he did. In addition, he is perhaps one of the most entertaining men on the planet. This piece intends to point out the hilarity that is Dana White, and examine whether he is worthy of being in the conversation of top promoters of all time.

Let us examine the brilliance and hilarity of Mr. White.  As we all know, Tony Ferguson against Khabib was just canceled for a fourth time, as Ferguson injured himself while wearing sunglasses indoors. White reacted by stating, everyone who wears sunglasses indoors deserves an injury like that. That line had me pissing myself. 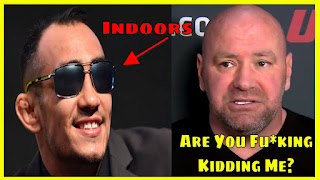 Some of my favorite Dana White quotes are:

“This is the Ultimate Fighter. We don’t vote guys off, we beat them off.”

“Look at how huge we are. I don’t need fucking Coke to keep doing what we’re doing, man. “

“Boxing is a road map of what not to do. The greedy promoters basically killed the sport by taking it off free TV.”

“Women isn’t one of them. One of the things we have always said, is we know what this is for – it’s for males 18-34. And if women watch, that's just gravy for us – that’s beautiful.”

“Our female fan base has grown incredibly. But to go out and market toward women would be very expensive and not make much sense.”

“Conor will probably end up a convicted felon.”

Regarding the possibility of Jon Jones receiving a long term suspension, “It would be the biggest waste of talent ever, in all of sports.”

As you read through that list, White pulls no punches and has no filter. Everything White says is news worthy. He never hesitates to speak his mind. Due to this, the UFC continues to celebrate increased popularity. White has taken the UFC to places it never dreamed of being. As the sports popularity increases, so does White’s exposure. This writer is convinced White would literally fight anyone on his roster if they pissed him off.

Say what you will about White. There is no denying that White followed a dream, and is now reaping the benefits of his incredible belief in his passion. White is an example of what can happen when you follow a passion. In addition, he appears to be the same person who bought the UFC, with the exception that he has fuck you money. 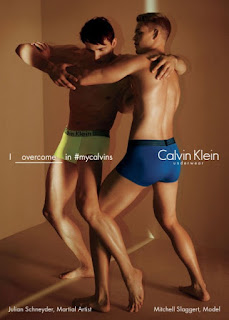 Luis Cortes for just being cool 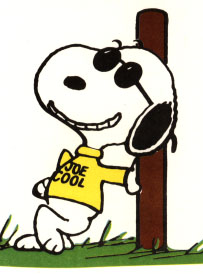 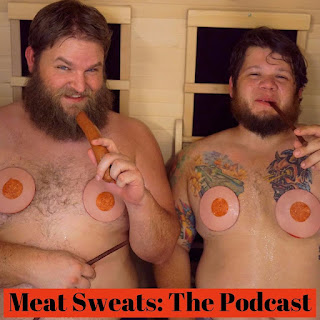 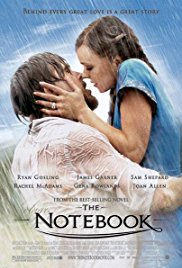 Thank to the following for the quotes above:
fightstate.com
evancamichel.com
bleacherreport.com
azquotes.com 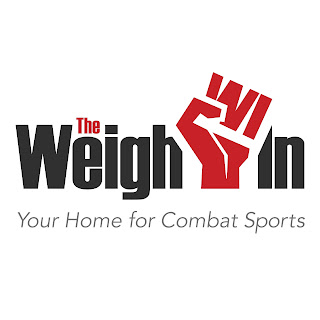