WWE kicked off the “Showcase of the Immortals” with night one of a two night extravaganza from AT&T Stadium in Dallas, TX. Some may say two is better than one or that they had grown weary of how long Wrestlemania had become each year prior to COVID, however, the event which for over 30 years has equated itself to the Super Bowl of professional wrestling now feels as if it’s lost some of it’s luster. No longer is it the one day of the year that die-hard and casual fans alike would mark on their calendars but instead an opportunity for WWE to capitalize on two days of massive ticket gates and merchandise sales with an overproduced product. Nonetheless, that’s what we have and can only hope that two days worth of shows can produce one equivalent in entertainment value to AEW Revolution last month. Night one’s card featured seven matches with three titles contested and the main event segment would highlight the return of the legendary Stone Cold Steve Austin as the guest of Kevin Owens on the KO Show.

The night opened as The Usos put their 257-day title reign on the line against the duo of Nakamura and Boogs (who has replaced Elias as WWE’s resident guitar player - although I still wonder if he’s actually playing at times). As Nakamura and Boogs seemed to have all the momentum midway through the match, Boogs knee gave out as he attempted to carry both Usos on his shoulders effectively removing him from the match. The numbers game was too much for Nakamura as he finally succumbed to the 1D (The Usos version of the Dudley Death Drop) allowing Jimmy and Jey to retain their titles.

In a rivalry that has seemingly been carried out for way too long, not only because of a lack of creative ideas but also to ensure both men had a spot on the Wrestlemania card, McIntyre and Corbin’s months long rivalry hopefully reach it’s conclusion tonight. In what should be the final chapter of this long running program between the two, McIntyre withstood Corbin’s End of Days in order to execute the Claymore Kick moments later to seal the victory.

This bout came to fruition after The Miz ridiculed Dominic Mysterio for having a contract only because of his father (which is not completely false) and later introduced YouTuber and “boxer” Logan Paul as his tag team partner. It appeared that The Mysterios were poised for victory as The Miz was seemingly out of the picture. Logan Paul fell victim to a dual 619 and then back to back frog splashes. As Rey went for the pinfall attempt, Miz reemerged and dropped Dominic on top of Rey. Miz then executed the Skull Crushing Finale and pinned the elder Mysterio for the win. As The Miz and Logan Paul celebrated, Miz back-stabbed Paul and delivered another Skull Crushing Finale to his tag team partner to ensure he was the only one in the spotlight as the dust settled.

Following the shocking return back at Summerslam by Becky Lynch where she took Belair’s title in 26 seconds, Belair finally finally found her way into a rematch with “Big Time” Becky Lynch on the grandest stage of them all. This match would have been significantly more entertaining if it was about five minutes shorter as it just seemed to drag on and on between a few highlights such as Lynch delivering a senton-like heel kick from the top rope and Belair executing a 450 splash from the middle rope. The conclusion arrived after Belair executed the KOD for the win as a new champion was crowned.

After Seth Rollins missed out on every opportunity for securing a match at Wrestlemania, Mr. McMahon told him this past Monday night on RAW that he would indeed have a match - against an opponent of his choosing. This caused speculation to run wild…would it be Cody Rhodes? Shane McMahon? Or my guess Corey Graves? Seth would not know until he made his way to the ring. After a few minutes of suspense, Cody Rhodes was revealed as Rollins’ mystery opponent. Interestingly enough, Cody made his way to the ring with his identical AEW entrance theme song and a near identical entrance through the floor of the entrance stage. This was enough to make me wonder for a split second if Vince McMahon had opened the “forbidden door” again after he allowed Impact Knockouts Champion Mickie James to compete in this year’s Women’s Royal Rumble Match. Seth Rollins seemed in prime position to spoil the return of Cody, however, he  was stopped dead in his tracks before attempting the curb stomp. Rhodes then countered with consecutive Cross Rhodes, The Bionic Elbow, and one final Cross Rhodes as he put away Seth Rollins in his return following a six year absence from the company.

Ronda Rousey not only made her shocking return to the WWE at the Royal Rumble but also won the match. Following her victory, she decided to challenge The Queen for her coveted title at Wrestlemania. Late in the match Ronda Rousey first executed the Piper’s Pit, however, Charlotte got her foot on the rope to break the pinfall attempt. Next, Rousey cinched in the armbar causing Charlotte to tap, however, referee Charles Robinson had been knocked out moments earlier. As Rousey attempted to stir him, Flair rolled up Ronda for the pinfall to retain her title.

Night one concluded with Kevin Owens hosting the KO Show with special guest, Stone Cold Steve Austin! After Austin made his way to the ring to the loudest pop of the entire show, Kevin Owens told Austin he didn’t bring him out to talk but rather to challenge him to a no holds barred match. Austin called for a referee and the fight was on!

Steve Austin looked like he never left a WWE ring as he beat Kevin Owens all over the stadium. In the closing moments, Owens was unable to capitalize on a Stunner he delivered to Austin as the Texas Rattlesnake rallied to deliver the real Stunner and pinned KO for the victory. This match was by and large the absolute highlight of the evening and arguably the most entertaining thing I’ve seen on WWE programming in years. If this was the last hurrah, it was fitting for one of, if not the, greatest of all time. Not only did Austin score the victory in his home state, but also had an epic beer celebration in the ring that featured a Stunner delivered to Byron Saxton and a beer shared with his brother. 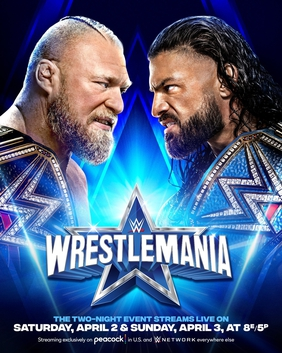