The Philadelphia Eagles are Super Bowl Champions, and boxing is back in force in 2018 throughout the greater Philadelphia area. This was evident last night at the 2300 Arena where a sell-out crowd came out to see a six fight card promoted by Philadelphia-based promotion, Hard Hitting Promotions.

The card was headlined by an eight round, lightweight battle between Philadelphia's Hammerin Hank Lundy (29-6-1, 14 KOs) and Washington D.C.'s DeMarcus "Chop Chop" Corley (50-29-1, 28 KOs). Former WBO World Super Lightweight Champion, DeMarcus Corley, stepped into the ring looking to defeat the hometown fan favorite for his 51st career victory. The fireworks started in the second round of the contest when the two men were engaged in a brawl in the center of the ring that required the referee's intervention after the bell rang. In the fourth round, Corley caught Lundy with a short left to the jaw. Corley was knocked down during this round by a Lundy right hand to the body, which he quickly recovered from. At the end of the fifth round, Lundy pushed Corley back with a straight left to the head. Lundy effectively used his jab through the final three rounds of the contest. In the eighth and final round, the two men fought aggressively through the final three minutes of action. The round was highlighted by a vicious exchange of punches that lasted all the way up to the final bell. The ringside judges scored the bout 78-73 and 79-72 twice, all in favor of the winner by unanimous decision, Hank Lundy. Lundy has now won three straight since losing to Terence Crawford in 2016.

Glassboro, New Jersey's Derrick Webster (25-1, 13 KOs) fought Colombia's Francisco Cordero (38-10, 29 KOs) in an eight round, super middleweight bout. Webster, who stands at six feet, four inches, towered over the short and stocky, Cordero, who appeared soft in the abdomen. Webster connected on a series of big punches in the first round. Cordero responded to these blows by taunting his southpaw opponent. Webster rocked Cordero with a hard multi-punch combo in the second round, but the veteran Colombian fighter stayed on his feet, proving he had a tough jaw. Cordero fought valiantly throughout the bout, and managed to catch Webster multiple times, despite having to punch wildly and upwards to hit the taller man. It looked like Webster was going to get the knockout he craved in the sixth round after bullying his opponent with a vicious multi-punch combo near the center of the ring. Despite being dazed by the onslaught, Cordero survived to finish the bout. As the final bell rang, Cordero, who was clearly behind on the cards, celebrated like he had won a major title. Although his toughness during the bout was admirable, Cordero was defeated by unanimous decision on the judge's scorecards (79-73 and 80-72 twice). Despite injuring his hand early in the contest, Webster controlled the bout and won his sixth straight match.

For about 30 minutes on Saturday night, it was lady's night at the 2300 Arena. Nydia Feliciano (9-10-3) and Alicia Baumgardner (5-0, 4 KOs) fought for the vacant WBC International Female Super Featherweight Title. The two women battled over the course of eight rounds in hopes of being crowned a champion. Baumgardner, who is promoted by Evander Holyfield's Real Deal Promotions, opened up the second round by teeing off on her opponent with a series of big shots to the head and body. In the fourth round, Baumgardner hurt her opponent with a left hand to Feliciano's head. To the capacity crowd's delight, Feliciano and Baumgardner ended the seventh round by exchanging a series of hard shots with one another. Feliciano demonstrated her toughness by staying on her feet throughout the bout. The judges' scored the bout 80-72 and 79-73 twice, all in favor of the winner by unanimous decision, Alicia Baumgardner.

Philadelphia's Jeremy Cuevas (7-0, 6 KOs) fought Wisconsin's Mike Fowler (6-13, 2 KOs) in a six round, lightweight contest. From the opening bell, Cuevas controlled the fight. He dropped Fowler in the first round with a straight left to the head. Fowler was again sent to the canvas in the second round, when Cuevas connected on another left hand to his opponent's head. Cuevas dominated Fowler in the third and fourth rounds. By the end of the fourth, Fowler looked spent physically and emotionally from the contest. He refused to answer the bell marking the beginning of the fifth round. This was Cuevas' fourth straight knockout victory.

Heavyweights, Hasim Rahman Jr. (4-0, 3 KOs) and Ronny Hale (3-11, 3 KOs) fought in a four round bout. Rahman Jr. was escorted to the ring by his father, former world champion, Hasim Rahman. Rahman Jr. controlled the first round of action by working Hale's unconditioned body. Rahman Jr. also landed a number of heavy shots to Hale's head in the first round. Just before the end of the opening round, Hale swung wildly after connecting with a clean shot to Rahman Jr.'s jaw. Hale went to his corner with a bloody nose and looked winded. He stunned many observers when he answered the bell for the second round. By the end of the second round, both big men appeared exhausted. Rahman Jr. continued to maintain a slight edge over his opponent in the third and fourth rounds, despite both fighters appearing to be one big punch away from calling it a night. Hale landed a big right hook to his opponents head in the third round. Just when it looked like the upset was coming, Rahman Jr. battled back to finish the round. The fourth and final round was uneventful. Both men attempted to land one big shot in between periods of gasping for air. The judges' scored the bout 38-38, 39-37, and 40-36 for the winner by majority decision, Hasim Rahman Jr.

The opening bout of the evening was a middleweight contest that was scheduled for four rounds between Dillon Kasprzak (0-1) of Philadelphia and Michael Crain (1-1) of Smyrna, Delaware. Kasprzak, who made his professional debut on Saturday night, had a slight height advantage over his opponent. In the second round, it appeared that Crain hurt his opponent with a mult-punch combo. In the final two rounds, Kasprzak looked exhausted, as he landed a number of shots on his opponent while falling into him. Crain was knocked down in the fourth round by a Kasprzak multi-punch combo. He recovered from the knockdown to finish the bout. One judge scored the bout 38-37 for Kasprzak, with the other two scoring the bout 38-37 for the winner by split decision, Michael Crain. 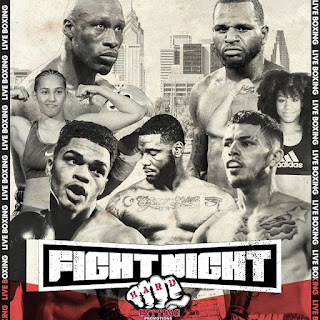 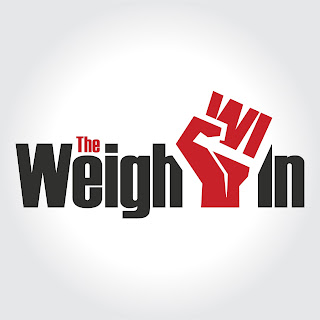