Following last year’s hiatus where it was replaced by one of WWE‘s Saudi Arabian cash-grabs, the company’s June pay per view staple, Backlash made it’s return. This evening’s latest installment in the “Quarantine Era” emanated from The WWE Performance Center in Orlando. One glaring difference from last month is the WWE’s choice to follow suit with AEW and have members of NXT fill in as “fans” - of course WWE had to take it a step further and topped the ringside barricades with a plexi-glass shield which looked like a glorified sneeze guard. This evening’s card featured six matches with four titles contested.

Blink and you would have missed the end of this frenetically paced contest. The former champs, Bliss and Cross, appeared poised to regain their titles in the closing moments as Alexa ascended to the top turnbuckle with Peyton Royce laid out in the ring. Bliss proceeded to execute a perfect Twisted Bliss and just as she covered Royce up for the pin, Sasha Banks emerged out of nowhere to roll Alexa up for the pinfall.

This match came to fruition as a result of Sheamus’ recent attacks on Jeff Hardy’s numerous battles with substance abuse and alcoholism over the years. These attacks culminated with Sheamus requiring Hardy submit to a urine test administered by a doctor during their contract signing - a course of events that lead to Sheamus having Hardy’s full urine sample thrown in his face. Throughout this evening’s bout, Jeff Hardy was subjected to an excessive level of punishment early, however, it appeared The Charismatic Enigma had turned the tide to pull out a late victory. Hardy was able to land the Twist of Fate and immediately followed it with the Swanton Bomb, a pairing which usually equates to victory for him. As the referee proceeded to count the pinfall Sheamus stuck his foot on the bottom rope to break it up and escaped the ring. Hardy attempted to mount additional offense as he ran along the top of the crowd barricade only to leap at Sheamus and be met with a Brogue Kick to the jaw. The Celtic Warrior then finished Hardy off with yet another Brogue Kick inside the ring to seal the pinfall victory.

Following last month’s Money in the Bank pay per view where Asuka retrieved the briefcase to earn a shot at the women’s champion of her choice, she was left shocked by then champion Becky Lynch’s announcement on RAW the following evening. Lynch informed Asuka that her victory the night before was not to earn a shot at the title but rather to crown the new RAW Women’s Champion as Becky announced she would be taking leave to give birth to her first child. Fast forward to this evening where Asuka was left to defend her newly earned title against the mountainous Nia Jax. Nia imposed her will for a great deal of this bout, however, the resilient Asuka refused to go silently. In the closing moments, the action spilled to the outside of the ring where both competitors were counted out allowing Asuka to exit with her title.

After weeks of instigating the Monster Among Men, Miz and Morrison found themselves with a title opportunity this evening in the form of a Handicap Match. There was one key stipulation attached to the match where if Miz and Morrison were to win, the man who scored the pinfall or submission would become the champion- they would not become co-holders. It appeared the numbers game would pay off for Miz and Morrison as they had the champion in dire straits after Miz landed the Skullcrushing Finale while Morrison simultaneously struck Strowman from behind as he leapt from the top rope. Morrison proceeded to cover Strowman only to have Miz pull him off in a brief lapse in judgment. By the time Miz realized his mistake it was too late as this opened the window for Strowman. Braun recovered to choke slam Miz and then finished off Morrison with a running power slam to retain his title.
WWE Championship
Drew McIntyre (c) vs. Bobby Lashley w/ MVP
Winner: Drew McIntyre via pinfall

Over the past few weeks Bobby Lashley has found himself under the influence of MVP. This has proven quite fruitful as he has become reinvigorated leaving a path of destruction in his wake and earning a WWE Championship opportunity in the process. Before the opening bell rang tonight, Lashley ambushed McIntyre from behind and cinched in a Full Nelson. Several officials were needed to break the men up so the match could even begin. This presented an opportunity for Lashley to seize early control in the match, however, it wasn’t enough. In the final moments of the match, McIntyre kicked out of a pinfall attempt by Lashley following a devastating spear. This prompted Lashley’s “wife” Lana to make her way to ringside and climb to the ring apron. The distraction was all McIntyre needed as he laid out Lashley with a Claymore Kick to the mouth allowing him to solidify the pinfall victory.

Following this match, a backstage/back lot brawl ensued between The Street Profits and the Viking Raiders. The confrontation took a turn in the parking lot as the four men were confronted by Akira Tozawa who arrived with several “ninjas” on motorcycles. After they laid waste to them, a giant ninja arrived prompting them all to flee. Just moments later the two teams found themselves fighting each other again, now on the top of a trailer conveniently positioned just above a dumpster. This brief continuation of their brawl concluded with all of them in the aforementioned giant trash receptacle. Personally, I believed this to be a rather poor booking decision used instead of holding the anticipated RAW Tag Team Championship between the two teams.

The main event of the evening pit Edge and Randy Orton against each other in what became billed as “The Greatest Wrestling Match Ever.” The Rated R Superstar recently accepted Orton’s challenge to a straight up wrestling match as he was clearly dissatisfied with the outcome of their Last Man Standing Match at Wrestlemania. While both competitors are two of the greatest performers to ever lace up a pair of boots, one must ask the question if these two would put on the greatest wrestling match of all time. Edge had not competed in a conventional wrestling match in nine years as his only action since his surprise return in January was in the Royal Rumble and in the aforementioned Last Man Standing Match at Wrestlemania. Additionally, when you talk about the greatest match of all time there is some stiff competition such as Savage vs. Steamboat and Hogan vs. Andre just to name a couple.

Following a relatively even match, the closing minutes presented an intense exchange between the two competitors. First, Orton executed an RKO followed immediately by a pinfall attempt Edge kicked out of. Then Edge answered with a spear which could not put Orton away as he kicked out of a subsequent pinfall attempt. After yet another RKO Outta Nowhere, Edge quickly recovered to cinch in what the commentators labeled the Anti Venom submission. Orton appeared in danger of a potential submission loss when he struck Edge with a questionably low blow dropping him to his knees. The Legend Killer proceeded to nearly take Edge’s head off with his patented punt kick and sealed the deal with the 1-2-3. While this was a very competitive, entertaining match, I’m not prepared to label it “The Greatest Wrestling Match Ever.” 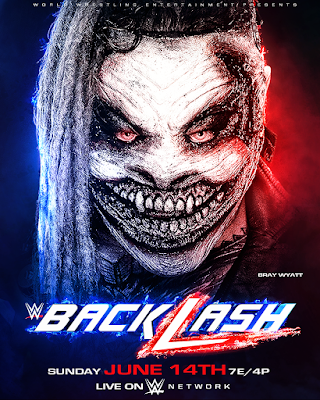